My assignment for my fiction class the other week was to go to a place that’s really familiar and try to see it with fresh eyes that illuminate it somehow as you translate it to the page. I had a hard time with this because I got sick. I worked from home all week, too achy and snotty to weather Bart and its crush of humanity, and barely left the house. Finally I found some inspiration from the chain reaction of memories that a familiar object can summon, and and came up with what follows, minus the graphics.

Remember, this is fiction. Any resemblance to any actual person, living or dead or anywhere in between, is purely coincidental, etc. A final point: there’s a way to show, all at once, thumbnails of the pictures in a blog post. Don’t do that. Scroll gradually down as you read. You’ll see why.

You go first. Nice, $500. But your head is not really in the game, so you’re having trouble deciding what letter to guess. If you really wanted to win you’d look up the statistical frequency of each letter of the alphabet. But you don’t feel like it. You need a consonant. You sit back and look around the room for inspiration. The heater duct sure stands out. It’s a monster, ten inches in diameter, unfinished aluminum, running exposed along the wall up near the ceiling. The old duct, a flat, narrow, compact thing, certainly looked better, but it was a bottleneck that prevented any warm air from reaching the bedrooms upstairs, so you had mold growing on the ceiling and walls every winter. For loads more money you could have enclosed this new duct somehow, but the furnace and ducting and asbestos abatement were pricey enough to begin with. But worth every penny—for the first time in this house, you have heat. Blessed, hallowed, heartwarming heat. You try H. Yes! There’s an H. You’ve got $500!

Your online opponent takes his turn and wins $450 with N.

You spin. It lands on $800. Sweet! Maybe you’ll try D as in Desk. Your desk is a real honey: over six feet wide, with locking drawers, and those extra pull-out shelf thingies for when rest of desk surface is hopelessly buried in paper, which it usually is, especially when you do the books and have a stunningly depressing pile of receipts. They don’t make desks this solid anymore. The drawers even have dovetail joints. You bought this desk like fifteen years ago for $80 from Uhuru Furniture in Oakland; it had looked completely awful, its shiny varnish all clouded and scratched. Seeing that surface, you couldn’t help but think of your neighbor’s garage door window, back in your hometown, which was similarly cloudy and scratched and, worse, had the word “MERRY” on it. One December your neighbors had painted “MERRY CHRISTMAS” across their garage door windows. “CHRISTMAS” came right off the good glass window. What they hadn’t realized was that the other window was cheap plastic and when they tried to remove “MERRY,” they just scored and scratched the plastic and the word wouldn’t come off. They didn’t feel like shelling out for a new window so year-round they had that scuffed-up “MERRY” eyesore. With this memory so distinctly etched in your brain, you almost didn’t buy the desk, did you? Too depressing. But your wife conjured up a loaner belt sander somehow and completely refinished the desk, using olive oil instead of varnish. It still looks great. What a find! What a desk! Dang it, no D. No $800.

You spin. D’oh, only $300. Your room feels claustrophobic because of all the junk piled in it, particularly the mound of ski gear. It’s normally kept in a big plastic tub, but somebody has borrowed the tub. Amazing how much stuff you have for skiing when you don’t even go that often. There have to be twice as many pairs of gloves and mittens than people in your family. What a waste. And there are your faithful old wool mittens that your ex-stepmother hand-knitted, still going strong like twenty years after she left your dad. Man, what a shame. How many women are there in this country who still know how to knit, and are frugal enough to bother doing it? She was like his soul-mate! Anyway, skiing is excessively expensive. Last time you went, didn’t you find a pair of perfectly decent ski pants stuffed into the restroom trash can? You were irritable because you were roasting in there, in all your ski gear, and had been hemorrhaging money all morning, and you figured some yuppie must have found some more flattering new ski pants in the ski shop, bought them on the spot, and just couldn't get rid of his old ones fast enough. I know how you feel. Aren’t a lot of these reckless spendthrifts the same people who are all “woe-is-me” when a bubble bursts and the job market crashes and they go broke? But now it’s time to focus. You need a consonant. M for mittens. Yes, there’s an M! Too bad you only got $300 for it.

Your computer printer suddenly winks at you with its multicolor display, as if reminding you to turn it off when not in use. What wakes it up from Sleep like that? How much power is drawn keeping it at the ready? Should you turn it off to save energy, or keep it on so your wife’s occasional print job from upstairs—that’s right, it’s an über-cool wireless printer!—doesn’t sputter and die? You should have known the low price of this printer was too good to be true—all those features, its gorgeous shiny finish, the crisp photo prints—but of course it’s a scam. The printer is a thirsty little bastard, isn’t it? It really goes through the ink, and only accepts real Canon cartridges, and you feel like you’ll go broke replacing them all the time. First time’s free, kid. P for Printer. D’oh! No P.

Your opponent spins and lands on “Lose A Turn.” You are inordinately pleased by this.

You decide to buy a vowel. There’s got to be an E, it’s the most common letter of the alphabet. Yep, there’s an E!

You’ve got to clear some more space on this desk, you must be going crazy. Now you’re looking at the SmileSafe KIDS emergency card you’ve found there. “What to do if your child is missing: 1) Call local law enforcement; 2) Show this image to authorities; 3) Call the National Center for Missing & Exploited Children. This image is accessible through June 2012.” Now, you might feel guilty if you throw this card away, in case you’re possibly reducing your child’s safety in some small way. But there are so many reasons just to chuck it. First of all, this card is obviously stupid. What are the odds you won’t have a recent photo of your kid to show the authorities? True, no photos exist of your own childhood, but that’s because film and developing cost money back then, whereas now you take dozens of pictures a day because it’s all free, if you don’t count the cost of your camera (face cracked but it still works), and that damn printer ink. And think about it: if somebody abducts your kid, you won’t be calling some hotline, you’ll be bringing in the cops, the FBI, the National Guard, and you’ll probably be confined to a padded cell. Then there’s the matter of your kid’s crappy school photo on the card. Why doesn’t the photographer take more than one picture, especially if the kid has deliberately ruined his first attempt? The school picture is a big enough rip-off when the photographer gets a good shot, don’t you think? It must be a tradition for kids, ruining their school pictures and thus wasting their parents’ money. You have to agree. At that age you were afraid of accidentally smiling and thus looking like a wuss; plus you were ashamed of your buck teeth. Same with your brothers, one of whom got the bright idea that if you keep your lips together and puff air into your upper lip, it’s impossible to accidentally smile. So you all looked like chipmunks in your school photos. A generation later, your daughter is no better. She has managed to obscure her upper lip entirely so it looks like she doesn’t have one. She told you—defiantly, almost proudly—that she refused to smile for the photo because you refused to pay $3 extra for a prettier backdrop. What a scam! On principle you refused. It costs those thieving bastards nothing extra to use a better backdrop; the admittedly ugly default grey-marble one was doubtless calculated to extort even the most stingy parent into forking over the additional $3. Well screw them, you said. You don’t negotiate with terrorists. B for Backdrop. Dang it! No B!

Your opponent spins and gets $5,000! Fortunately for you, his guess—L—is a bust.

You spin. $900! Life is good. Your computer monitor, a flat panel Samsung, is gorgeous. You almost can’t look at it, though, without thinking about its cost, especially under the circumstances. The old monitor had been perfectly good but you wrecked it, in the stupidest possible way. Before leaving on vacation, you hid the old monitor. You were afraid of burglaries. When you got back from vacation and while putting back the laptop and monitor you discovered a new port where you could plug speakers right into the monitor. How cool! Except that wasn’t what the port was for, it was for some stupid Soundbar thing (sold separately) and when you plugged your speakers into it, you fried you monitor. Pfffft. Your impulse was to punish yourself for your stupidity by going without an external monitor for some period of time, like serving a sentence, and for that very reason you decided to go the other direction and buy an even cooler monitor than the one you had so stupidly destroyed. Hence this kickass Samsung. Yes! There’s an S! you have $900 more! You’ve got $1,450!

Your opponent spins and lands on $800. He guesses T and he’s right.

He announces he’d like to solve the puzzle. Oh my god, it’s so obvious! Why didn’t you solve it when it was still your turn? 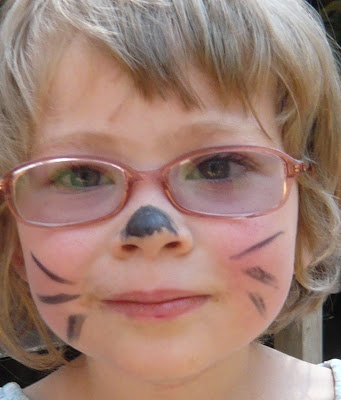 He wins, you lose. You get nothing. Of course, he didn’t actually get anything either. It’s just a game, after all.