From the Archives - Temp-to-Perm: A Study in Shame

Ages ago, right out of college, I got a job through an employment agency. It was a temp-to-perm job: if I worked out, I’d get hired outright, but if at any point the firm decided I was no good, they could place a quick call to the agency and I’d be out of there within minutes. (I did get past the temp-to-perm purgatory, eventually.)

During my first few weeks of this, somebody at the firm decided they needed to have an internal corporate newsletter, and solicited articles for it. To my surprise, my boss asked me to submit something. What follows is that submission. (Oddly enough, I ended up being the only person to provide an article, so the newsletter itself was never produced.) 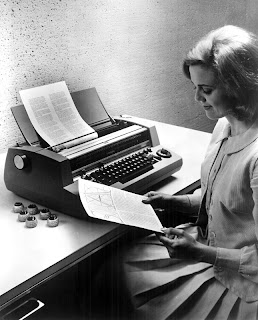 To quote Dostoevsky, “I am a sick man, I am an angry man. I am an unattractive man. I think there is something wrong with my liver.” Why? Because I’m a temp. I’d be a fool to deny it—it’s right there on the invoice. Don’t think I can’t envision the expression that Michelle in Accounting has when she pays it, week after week. I know what she’s thinking: how much chargeable time does the kid need to accrue for us just to break even on him?

Oh, you can afford to ask this, you blessed permanent employees. You don’t have to fill out a time card every week; you don’t have drop it off at the employment agency so they can take a third of it away. Most of you doubtless have direct deposit: an income so automatic it just becomes a fact of life. I, meanwhile, wince every time I fill out my time card and read, “Job with this client completed and ready for another assignment?”

Sure, I can check the “No” box this time, with a shaky hand, but what about next week? What if I screw up? I’d get sent home, and next time I went to the agency to get my check, I’d check “Yes” on “ready for another assignment?” and renew the bleak process of waiting by the phone for the agency to call.

Well, for all of you who are annoyed at the hassle of paying so much money for a stranger in the office, I ask for your patience in letting me describe the woes, on my end, of the temporary-to-permanent ordeal.

Last January I spent a pleasant but anxiety-ridden vacation at Lake Tahoe after graduating from college in December. Hiking alone through a vast expanse of snow, I was finally able to gather my thoughts after the brain-numbing frenzy of final exams, and I made the following life-altering realizations: I was deeply in debt, I was unemployed, I was homeless, the cabin in Tahoe cost $200 a week, and I’d already maxed out two of my credit cards. So I hightailed it back to civilization, found an apartment, and started looking for a way to pay the rent.

It took about ten minutes to ascertain that no decent positions were available through the classified ads. But before losing all hope and putting my head in the oven, I asked my roommate for help. He said, “Ya can’t work without but ya go to a agency. Trust me.” He’s unemployed, but by choice, so I decided to take his advice.

I’ve worked with employment agencies before. They seem to be experts at placing young office workers in companies that do not, and should not, trust them to do anything important. Years ago at another temp-to-perm job, I finished typing a document and was summoned into the vice president’s office.
ooooo“You’re still working on the rest of this, right?” he asked.
ooooo“No, it’s all there,” I told him.
ooooo“You mean . . . you can type?”
ooooo“Of course I can, didn’t the agency tell you?”
ooooo“Well yes, but . . . you really can!”

He called me into his office again when he discovered I hadn’t made any mistakes. He was completely amazed.

Another time I temped as a receptionist at the Office of the President of the University of California. I sat at a giant marble desk facing the bank of elevators and smiled at the people walking through to the office. That was all I was supposed to do, since the office manager didn’t want to confuse me with names or phone extensions. When calls came through I would say, “I don’t know if he’s in or not. I don’t actually work here.” It was never clear to me why they hired me in the first place, and the gig didn’t last long.

This is why I was determined, this time, to use a top agency, and only to find permanent work with a company that would buy me from the agency and accept me as one of its own. So I hit the yellow pages. The problem is, how do you find a job through the yellow pages? How does one agency stand out above another? If I were looking for a big safe to store valuables in, I would be overwhelmed with information: the ad for Pioneer Safe and Vault, for example, tells me they have jewelry safes, modular vaults, vault doors, floor safes, home safes, fire safes, fire files, and drop safes. (What’s a drop safe, anyway? Something out of a cartoon?) Employment agencies, dealing only in humans, have much vaguer terms of distinction. My future was in their hands, yet I felt like flipping a coin to decide which ones to use.

The ad for Pathways Personnel Agency told me they’re “Minority Owned.” Is this supposed to help me, with my blond hair and blue eyes? Another ad read, “Finding the RIGHT Jobs with the RIGHT firms!” Could I even work for a company that would respond to such drivel? Yet another read, “JOAN SPRINGER . . . THE ‘ORIGINAL’ COUNSELOR OF THE YEAR . . . VOTED 1976.” Whatever. Leaving nothing to chance, I decided to go with four different agencies, including one called ProServ, because they once got Mark Gorski, an obscure athlete, $100,000 in endorsements for winning a medal in the ‘84 Olympics when nobody was there. They must have some kind of clout, I figured. (This turned out to be a false connection: there are two different ProServ agencies, which are entirely unrelated. I found this out after the fact.)

Then I began the loathsome paperwork period. The truly sinister thing about interviewing at employment agencies is dealing with their office personnel. I could not prevent my seething. They’re so damned polite! Sure, I thought: you can afford to be easygoing, you have a job! While I went through reams of paperwork, they could calmly, blithely go about their various office routines. Routines! What I wouldn’t have given for routines right then! I just had forms, pages and pages of forms, which I feared would be left to molder away in a manila folder somewhere while I sat at home by the phone, begging it to ring.

Chip, the ProServ clerk, gave me complete battery of clerical tests. For some reason, he started with a ten-key-by-touch test. I’d never taken a ten-key test before in my life. It consisted of a long list of numbers which looked like this,

only it went on for several pages. Three minutes later, my eyes tearing up from trying to focus without losing their place, I had finished the ten-key test. I never did find out how I did.

After that came the typing test. No problem there. What Chip likely didn’t know was that I’d been to three other agencies that same day, and they all used the same typing test copy. I’d already typed, three times over, those four paragraphs of clumsy, didactic prose advising temps on how to have good phone manners. I knew where all the tough words were, like “contemptuous” and “sniveling.” For me, the typing test was like a choreographed dance I’d practiced since I was six. When Chip came to collect my results, he could not hide his covetousness: “Eighty-seven words per minute with no errors! Holy cow!” I almost spoke my mind: “You know what this means, Chip. I’ll work in an office with a better elevator than yours.”

And it’s true. The elevators at 100 Pine Street are far bigger than ProServ’s. We have the biggest elevators I’ve ever seen. Elevators bigger than my bedroom. And they’re gut-crunchingly fast. Now I scorn the ProServ office staff, with their endless employment applications, their vast library of résumés, the paper trail following their endless scavenger hunt for skilled people.

But is my fate any better? After all, I’m still beneath them, as registered ProServ property. But what is to be done? For now, I wait. I wait for the hand-to-mouth, paycheck-to-paycheck game to end. I wait for that coveted spot on your employee roster. What else can I do? I feel like a commodity, a slave being purchased on the installment plan.

So next time you gnash your teeth over my inflated hourly rate, remember: blame not the temp. His lot is to be pitied.