Strava By Night - The Next Killer App?

Everybody knows about the upcoming launch of Strava By Night, ever since news of this top secret project was leaked to the Daily Peloton.  I had to wonder, though:  why all the secrecy?  On a hunch that Strava has been quietly working with other companies to offer tie-in products, timed to hit the market together, I began making inquiries within the cycling industry.  Surprisingly, my Rolodex served me well, and now—though I missed the big scoop that the Daily Peloton got—I can offer some small scoops on related products in the works. 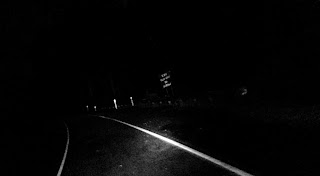 But first, my questions for Strava

The first company I wanted to talk to was, of course, Strava.  They’ve been famously tight-lipped with the mainstream media about Strava By Night, but we bloggers have our ways.  To my luck, an employee with knowledge of the initiative opened up to me, cagily at first but ultimately with enough enthusiasm that I have started to wonder if media leakage isn’t just part of Strava’s marketing plan.

First, I asked the predictable question, why Strava By Night?  Why open up a special KOM category that requires a segment to be ridden after dark, when conditions are much more perilous?  The employee replied, “Right off the bat, this seemed like a compelling idea just because it’s so easy to implement.  We’re already getting very precise GPS data about these workouts, and it’s trivial to index a user’s longitude and latitude, and the ride date and time, to a static table of civil twilight data.  So the eligibility for the SBN leader board is easy to establish, and we can just as easily publish the SBN eligibility timeframes on the website, with daily updates, for each user’s profile.”

“Beyond that,” he continued, “we obviously needed a reason to do it.  We talk a lot in this company about KOM saturation.  If you live in Cat Butt, Wyoming it’s probably not hard to get some KOMs, for segments of just about any [elevation] profile.  In popular Strava markets like the Bay Area, though, high KOM rankings are very difficult, particularly for older athletes—who are our key demographic, by the way, because of their income.  There are too many pros snapping up all the KOMs and these less seasoned cyclists are starting to get frustrated.  So, downhill segments, rewarding cajones  and drive over pure ability, have served that clientele very well for awhile.  But even those KOMs are becoming harder to get as Strava users improve their bike handling.  Essentially we have a problem of a finite number of KOMs needing to satisfy what we hope is a practically infinite pool of users.  SBN opens up a whole new realm, where boldness is even more highly rewarded.”

But what about safety and liability, I asked.  His response was emphatic:  “Look, the law is very clear on this point.  Strava is not a content provider.  We provide the framework for the competition, but that framework isn’t egging people on:  it’s the end users throwing down the gauntlet by putting up those KOMs.  They are the content providers, not us.  It’s not our job to provide a working prefrontal cortex for these people.”

But wait, I protested:  won’t users  just label most downhill nighttime segments as hazardous?  “Yes, that can happen, and that’s nothing new, but obviously there’s a built-in fix for that:  somebody else will just create a new segment with slightly different beginning and end points, like they already do.  Of course too much of that can frustrate people, but the social stigma of ruining everybody’s fun is generally enough to keep these segments open.  It’s worth pointing out that traditional cyclists, the kind who get their jollies going fast uphill and on flats and only during daytime, will probably be big boosters of SBN even though they themselves won’t use it.  With SBN, these daylight guys won’t have as many Strava downhillers barreling past them all the time.”

Next I checked in with various makers of bike lights, and hit pay dirt with Light and Motion.  A member of their product development group, Burt McClure, spoke candidly with me about an SBN offering.  “Yeah, we’re doing a new light.  We’ve done a lot of R&D on this and have actually ended up revamping our approach, for this one model.  Instead of a very small bulb designed to balance high lumen output with great battery life, we’ve gone in a kind of gonzo direction with a bulb more like what you’d get in a photocopier.  Burn time is only about five to ten minutes, and the battery is a four-pound beast, but we think most of these Strava By Night segments will be short, and since they’re predominantly downhill, weight won’t matter.  And the brightness?  This puppy puts out 5000 lumens.  You could see the shadow cast by a grain of sand.  It’s a very exciting product for a niche market.”

Next I made the rounds of all the young dudes in Mission Street lofts and Palo Alto tree houses who create Glassware—third party apps for Google Glass—to see if they were doing anything.  (I’d started with Google but they blew me off completely.)  Mike “Mudguts” Brack, head of a startup called GlassGnar, has been working closely with Strava on a descent-themed app.  “It’s an amazing tie-in.  With our app, Glass syncs up more or less continuously with the Strava or SBN KOM leader board.  When it detects you’re on an established segment it begins tracking your speed and time and comparing them dynamically with leaders’ metrics throughout that segment.  It locates your leader board position and displays it in real time on the Glass (all nicely backlit, of course).  When your KOM position starts to slip, the display number flashes red.  When your placing improves it flashes green.  The app may even give verbal encouragement through a Bluetooth earbud, like quotes from great movies—you know, ‘Metal damage … brain damage … YOU SHOULD SEE THE DAMAGE, BRONZE!’  It will help these athletes identify the weaknesses in their descending so they can step up their game.  And psychologically—man, it’s like nitro in your air/fuel mix.”

I asked Mudguts if he was worried about danger and liability, and he just snorted.  “But I’m glad you asked,” he said, “because you’ve got to talk to my brother-in-law.  When he heard of my app he started working on something of his own.”

Mudguts’ brother-in-law, Don Bruce, Jr., works for a boutique life insurance company called The S Group.  “We’re working on a new policy,” he explained, “that is like secondary life insurance.  As you know, life insurance companies don’t like to pay out policies for accidental deaths that might not be accidental.  There’s a widespread belief out there, right or wrong, that when a head of household wants to commit suicide, but doesn’t want to leave his family penniless, he gets his pilot’s license and flies a little Cessna into the side of a cliff.  Such deaths get a lot of scrutiny, and Strava By Night may end up slotting right into that profile.  This new policy will only kick in when a traditional life insurance provider refuses to pay.  So if your husband dies doing Strava By Night, you don’t have to worry:  your family will be covered.”  I asked if this policy will actually be called “Strava insurance,” and he said, “I’d like to do that but obviously I can’t.”  Besides, he said, he’s imagining the target market will be slightly broader than just Strava or SBN users.

And what about Garmin?  After all, cycling-specific GPS instruments are what made Strava possible in the first place.  Will they be building an SBN-specific device?  Not exactly.  A member of the product development team at Garmin, who spoke with me on condition of anonymity, described a new product, codenamed the Edge 910 SBN, that will serve what he described as the “nocturnal market.”  Though he was coy about the exact design intent of this model, he allowed that, in addition to a backlight that can be easily turned on and off, the device features a breathalyzer.  “This is simply to help the cyclist ride responsibly,” he said.  “There’s no indication at this time that Strava has intentions of creating any more new KOM categories.”  (He spoke carefully, but I think I saw him wink.)

I truly hope you’ve grasped that this is a work of fiction.  No, there is no Strava By Night, and every single product, person, and concept mentioned in this blog post is purely a product of my imagination.
Posted by Dana Albert at 10:23 PM