From the Archives - My Day in Court!

I recently described in these pages, in another “From the Archives” post, how I was busted by a cop for a bicycle infraction back in 1990. (If you missed it, you can catch up here.) Here’s the rest of the story: how I fought the ticket in court.

I used to be a morning person, back when I had a paper route. Not anymore, man … now 6 a.m. feels really harsh. I struggle to keep my eyes open as my roommate, a do-it-all grad student, chats merrily away. His words reach me through a thick haze. I’d still be blissfully asleep, except a dickhead cop gave me a ticket for a bicycle infraction last month and I have to go to court. The slip he handed me had a court date on it, but he said I’d get something in the mail giving me the option to just pay it. He didn’t know how much the ticket was for, and I still don’t … I never got anything in the mail. I’d probably be fighting this anyway, though. That’s just how I am.

The problem is, I have to go to court out near where I broke the law, which means Walnut Creek. I’m not about to bike all the way out there in street clothes so I have to take Bart, which sucks because I don’t exactly have that system dialed. And since they won’t let me bring my bike on Bart (this being the commute hour), I have to walk all the way from the station to the courthouse. And since I have to be there at 8, my morning is starting ungodly early. 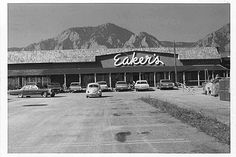 Once I get there, I’ll have to be pleasant and obsequious, so I’ve decided to dress presentably. I put on khakis and this short-sleeve striped button-down Oxford shirt. I’m not saying this is a fashionable or even sharp-looking shirt; I suspect it’s actually a bit nerdy.  I bought it at Eaker’s years ago, which was probably the last time I ever went clothes shopping with my mom. I was in ninth grade, and spied one of my teachers in there. I pretended not to see her, and she returned the favor. I’m not sure but I think I’ve seen people smirk at me when I wear this shirt. (Of course, there’s a hundred other reasons people might smirk at me.) 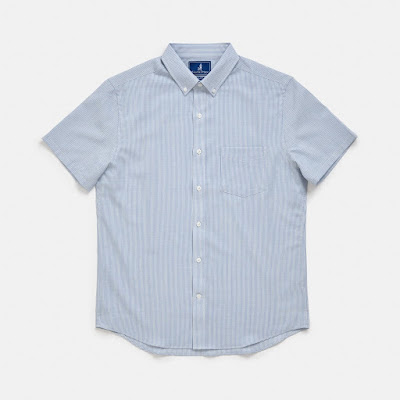 Naturally, being polite and deferential will just be a pose. Inwardly, I’m bristling at this ticket and at the law in general. So, to get myself in the proper frame of mind (i.e., defiantly assertive), as I scarf a bowl of corn flakes I listen to “Black Steel in the Hour of Chaos” by Public Enemy:


I got a letter from the government
The other day
I opened and read it
It said they were suckers
They wanted me for their army or whatever
Picture me givin’ a damn, I said never
Here is a land that never gave a damn
About a brother like me and myself
Because they never did
I wasn’t wit’ it, but just that very minute it
Occurred to me
The suckers had authority

It’s a great song, but doesn’t actually fit my situation very well. The military never asked me to serve, and I have no reason to suspect the government doesn’t care about me. That’s the problem with rap music: as much as I love it, it always reminds me how privileged and square and white I am. In my button-down Oxford shirt.

I get to the courtroom just before they start working their way through the docket. At registration I learn why I never got anything in the mail: the dickhead cop got my address wrong. Oh well! The fine is a whopping $81. At this news, I’m not actually that upset about the address screw-up. It’s totally worth fighting a fine this large, even though I might be here awhile. Could be ten minutes, thirty, or all day … it’s all down to luck.

The judge seems a lot cooler than the cop was. A 16-year-old kid who was busted for speeding, driving without a driver’s license, not having insurance, and driving with a cracked windshield is sentenced to a $500 fine and no license for two years. The judge asks him how he’ll raise the money, and the kid looks over at his mom. “Don’t look at her!” the judge snaps. Everybody laughs.

Next up is a young man busted for “exhibition of speed.” His defense: “Your honor, I was in a Ford Pinto.” The judge is not amused and gives the guy a good tongue-lashing about every car being dangerous when driven aggressively, etc. The guy loses his license, straight-up. Then there’s a college kid who ran a stop sign on his bike. His argument, amazingly enough, is that he doesn’t think a biker should have to obey all the same rules as a motorist. What a dip. The judge holds firm and says, “Now look here. My daughter just got her learner’s permit. You be more careful out there on your bike!”

I’ve worked a bit harder on my own defense. This isn’t the first time I’ve fought a bike ticket. The first time, my brother and I got popped for running a stop sign, but it was turning right onto a street that was closed down and had been barricaded off, for a bike race. My argument was that the cop wrote us up for doing 25 mph during the maneuver. I planned to say, “If the severity of the fine was based on the speed at which we supposedly did this, I have to question the officer’s estimate. Have you even tried to turn right at 25 mph on a bicycle while threading the needle between two barricades?” But in the event, I only got as far as, “My brother and I were riding to the San Luis Obispo criterium, and—” before the judge interrupted me: “Were you riding there to watch, or to compete?” I told him the latter, he reduced my fine to $20 on the spot, and I was done.

So I think as long as you have something to say besides “the law doesn’t apply to me” or “I was in a Ford Pinto,” you have a chance of getting the fine reduced. Today my argument is that the sign telling me to exit Highway 24 (which I’d failed to notice, hence my infraction) was in the wrong place. It’s close to a mile before the exit, which is great if you’re in a car doing 60, but not so much if you’re pedaling up the hill on a bike at under 10 mph. When my turn comes, I take the stand and the judge says, “I like your shirt.” Caught off-guard, I reply, “Um, excuse me, your honor?” He repeats, “I like your shirt.” I shrug and smile. “How about we lower this to $20?” he asks. Done! I’m going to hang on to this shirt. It’s like gold!

Standing in line to pay, I get to talking with a guy who just lost his license for a year for “minor in possession of alcohol.” I’d say most teenagers drink; this guy happened to get caught. He’s not that bent out of shape, though; in fact, he’s pretty mellow about it. “Yeah, I was sitting by the pool at my apartment complex drinking some beers,” he says, “and some neighbor lady called the cops. So they came out and busted me.” I ask how many beers. “A bunch,” he confesses, “but I wasn’t making any noise or anything, just drinking my beers.” Pretty crazy, huh? Dude’s not even driving a car when he gets busted, but the penalty is losing his license.

On my way walking back to Bart, the guy catches up to me and we talk some more. He’d been pulled over several times, and with the exception of the time he’d tried to outrun the police, they’d usually let him go because he was a Marine. “Put up with fifteen minutes of the cop recalling his glory days in the Corps,” he tells me, “and you’re off the hook.” He had some other alcohol‑related busts, though, so he was relegated from the Marines to the Army.

I ask him if he’s worried about the Kuwait situation, and he replies, “No, not really.” I ask if he thinks they might send him over to Desert Storm. “Yeah, I’m going in a week and a half,” he says. “That’s why I don’t really care about losing my license.” He says it like he’s going off to be a counselor at a day camp or something. But I guess that’s how it goes; he’s in the Army and fighting overseas is his job. Of course I ponder the paradox: he’s too young to legally drink beer, and has been deemed too irresponsible to drive a car, but he’s considered plenty ready to go kill people.

Our school paper recently interviewed some student ROTC reserves who are outraged about actually being called up to serve. In light of that flap, this guy’s attitude seems kind of refreshing. I can’t tell if his willingness is out of respect for authority—which would be ironic for someone who’s been in so much trouble—or because his friends are already there (which he did mention).

He gets my address and tells me he’ll write me about what it’s like on the front. I kind of doubt he actually will—I mean, doesn’t he have more important people, like family members, to write to?—but imagine if he did! That would make this $20 seem like a real bargain…