Is It Really Mansplaining?

I’ll confess, I’ve been accused of mansplaining. This term has been gaining in popularity since Rebecca Solnit published Men Explain Things to Me, but the act of mansplaining is as old as the hills. In case you’ve been hiding under a rock, mansplaining is when a man, on the automatic assumption that he knows more than the woman he’s talking to, takes it upon himself to patiently and helpfully explain something to her, unbidden. Typically, he takes it for granted that a) her knowledge on the subject is lacking compared to his, and b) she is actually looking for guidance. To the extent his assumptions are unfounded, his explication is annoying.

Am I a chronic mansplainer? Well, that depends on where you draw the boundaries. To some, such as my teenage daughters, if a man explains something to a female, he’s automatically mansplaining. This post is about defining the boundaries a bit more accurately. 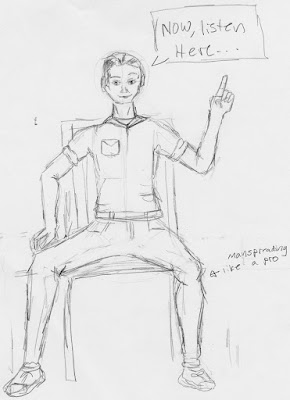 Before I get into what I believe is and isn’t mansplaining, I’d like to defend—to a point—the mansplainer. As I see it, his act isn’t rooted in “toxic masculinity” or any ill will toward women; that is, mansplaining is not equivalent to retrograde ideas like “a woman’s place is in the home.” The mansplainer is sincerely trying to help, and wants, I suspect, to seem useful and knowledgeable. He’s trying to impress, sure, but not to degrade. Of course, his assumption that the woman knows less than he, and desires his counsel, is degrading, but inadvertently. So the mansplainer is certainly clueless, but not, I think, malevolent.

As an example, consider this “New Yorker” cartoon showing three knights giving advice to Joan of Arc upon discovering she’s a woman. They’re all smiling earnestly, naturally expecting their counsel to be warmly received (never mind that Joan of Arc is a far more badass warrior than any of them).

Other types of -splaining

I would argue that many false charges of mansplaining stem from a simple lack, so far, of more precise labels. Just as the term “mansplaining” was itself long overdue, I think other terms ought to be created. I’m going to take a shot at this; after all, albertnet has been described as “the most influential linguistic-themed blog on the Internet” by … well, nobody. But still.

I was driving with my younger daughter on hard-packed snow recently, and explained to her about the Winter Mode in my car, and about using Geartronic to slow the car down via compression, rather than relying solely on the brakes. “Nice mansplaining,” she said.

Now, it is true that I’m a man (well, a guy at least) and that I was talking to a female. But was it unreasonable for me to assume that she didn’t know all about Winter Mode and Geartronic? Not at all … she’s only fifteen. One litmus test for mansplaining would be to swap out the recipient of the explanation: if I might just as well be explaining things in the same words to a male listener, then it’s not mansplaining. (And if I were the kind of old-fashioned dad who only explained car stuff to his sons and not to his daughters, the lack of explanation would be more sexist than what my daughter described as mansplaining.)

But what about the other assumption common with mansplaining: that the explanation will be automatically welcomed? Well, that’s where the fact of my being a parent comes in. The reality is, almost no information or advice given by any parent is welcomed by a teenaged offspring. As such, explaining how to drive in snow is no more or less welcome than showing your kid how to floss. So my lecture on Winter Mode and slowing the car via its transmission isn’t mansplaining, it’s dadsplaining. I assume my audience is less informed not because she’s female but because all teenagers are fairly clueless, and I offer the advice not because I expect that it’s welcome, but because giving advice is just what parents do. (The good ones at least.) 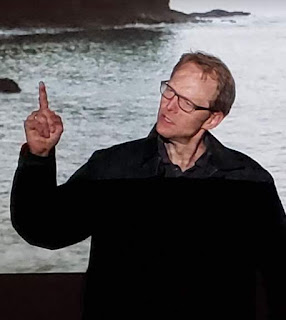 My older daughter is a cyclist. I once described to her how to position her cranks and pedals, and where to put her weight, when taking curves on a bumpy trail, contrasting this to how you carve a turn on a road bike. She instantly replied, “Way to mansplain, Dad.” Gee, knee-jerk reaction much?  I immediately dadsplained to her that when a cycling coach (which I am) describes a point of technique to a budding racer, that’s not mansplaining. “Would you have given that same advice to a boy?” she challenged me. I replied (honestly), “I would, and in fact I have.”

But is a coach’s advice always welcome? This depends on the athlete, I suppose. In the case of a high school cycling team, the athletes are teenagers, and it’s becoming increasingly apparent to me that teenagers don’t want to be told anything by any adult, even a coach. In this sense, the advice I’m providing—though it isn’t based on an assumption of feminine ignorance—does meet the standard for being unsolicited, so it’s perhaps half as annoying as mansplaining. So going forward I’ll plead guilty to coachsplaining if I’m called out by one of my riders. But is all coachsplaining also mansplaining? Definitely not.

(In this case, with my daughter, I was simultaneously dadsplaining and coachsplaining. One might argue that any advice from a dad will be taken as dadsplaining, which is true, but I think these terms are additive, not exclusive. She might be more inclined to follow the advice I provide in my coaching capacity.)

Before I get into geeksplaining I suppose I should clarify the sense of geek that I have in mind. One definition of geek is a person who bites the heads off of live chickens as a circus act. Another sense is pretty much synonymous with nerd or dork. But I’m talking about the modern sense of geek as “a person who is single-minded or accomplished in scientific or technical pursuits but is felt to be socially inept” (as the American Heritage Dictionary defines it).

My poor wife has had to put up with a lot of geeksplaining, because I’m an incurable bike geek. When I blather away on, say, the tricky matter of whether a compact crank should be off-limits to an accomplished cyclist, she has no choice but to gently cut me off by saying something like, “This interview is over” or “Don’t ever talk to me about bike gearing again.” In this case my bike-oriented monologue isn’t coachsplaining, because it’s obvious the information I’m imparting is useless to my audience. The problem is, sometimes I just can’t help myself. As William Wordsworth wrote, all good cycling lore is “the spontaneous overflow of powerful feelings.” Oh, wait—he said that about poetry, not bike talk. But the phenomenon is the same: I get overwhelmed with the pure technical satisfaction of bike arcana and just can’t keep it to myself.

At least geeksplaining isn’t sexist. Certainly it derives from irresponsible assumptions about the (would-be) listener, but the geeksplainer isn’t patronizing … his error consists of giving his audience too much credit for being able (and willing) to follow the explanation. My wife geeksplains too, usually on the topic of botany, and sometimes I get tired of uh-huh’ing and mm-hmm’ing and have to say something like, “Your mention of a single leaf blade vein reminds me of the single-chainring one-by-eleven drivetrains that are starting to dominate the mountain biking scene,” as a gentle reminder that I’m getting bored.

Do kids go out of their way to explain things to adults, on the assumption that we’re clueless? Well, they sure could; after all, there’s no way for us to keep track of, say, their rapidly evolving teen vernacular. But remember, at the root of mansplaining is a desire to be helpful. That’s essentially the antithesis of what it means to be a teenager. We adults, and parents in particular, will never be offered free information.

That said, teens do enjoy showcasing their exasperation at our ignorance. They’ll say, “Wait, you really mean to tell me you’ve never heard of ‘shipping’? Are you kidding me?!” or “You’ve never heard the word ‘swole’? Please tell me you’re joking.” They won’t tell us what these words mean, but they do take some effort to establish that they are far more knowledgeable than us adults.

There is one notable exception to this no-explaining guideline. When the subject of college admissions comes up, and specifically the incontrovertible fact that it’s waaaay harder to get into a good college now, you can count on an ambitious high school senior to kidsplain you half to death. (But you deserve it, since in your day top universities were practically giving away degrees and you know it.)

Is blogsplaining a thing? Are there wannabe writers out there who take it upon themselves to assume that there’s this vast Internet audience that knows less than they do about just about any topic, so it’s worth spewing forth a lot of (let’s face it) lightly or barely researched information because these vast hoards of readers are thirsty for it? Well, in that regard I think this post pretty much speaks for itself. Go ahead and light me up in the Comments section below. I know I’ve got it coming.

A milestone came and went recently that I forgot to notice: the tenth anniversary of albertnet!  I probably should have celebrated by putting up crepe paper and balloons and giving my readers free food, or at least a big discount.  But this is only a blog and it’s free, so (as I often tell my kids) you’ll get nothing, and like it.

Okay, fine, here are some balloons. 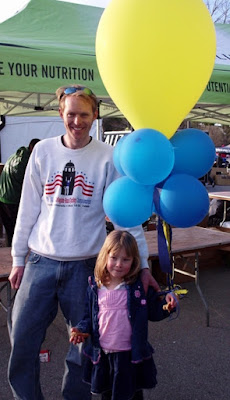