The Truth About Elite College Admissions

About a year ago in these pages, I posed the question, “Is it harder to get into a top college now?” The answer I gave was essentially “No.” I cited a study by the New York Times, based on the applications of 800,000 students, which found that a well-qualified student has an 80% chance of getting into at least one of her top choices. I (rhetorically) demanded an apology from everybody who stressed out my daughter and her friends by painting a totally inaccurate doom-and-gloom picture.

Well, a year on, with my daughter’s application process complete, what was her outcome? Does my conclusion hold up empirically? In this post I share the shocking tale of how it played out. I was literally shocked. It turns out I’d been asking the wrong question all along. 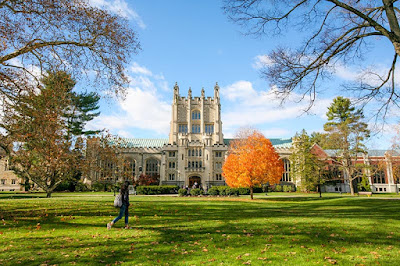 The outcome, in a nutshell

In my last essay I predicted that all the Sturm und Drang would end up being unwarranted, as things would come out just fine. So was I right? Here’s how my daughter and her friends ended up faring.

My daughter’s friend N— applied to Cornell, the Naval Academy, West Point, MIT, and Berkeley. She was accepted by Cornell and Berkeley, turned down by MIT, and waitlisted and ultimately rejected by West Point. She was initially accepted by the Naval Academy, who subsequently revoked her acceptance based on a health problem closer in severity to a hangnail than an amputation.

My daughter’s friend C— was accepted by Oxford. I don’t remember who else accepted her, nor whether anybody rejected her, because it couldn’t possibly matter. I mean: Oxford.

My daughter’s friend M— applied to Harvard, MIT, and Berkeley. She was accepted by MIT and by Berkeley (who offered her a full scholarship). She was waitlisted and ultimately rejected by Harvard, who declared that her nose wasn’t cute enough. (Okay, I made up that last bit. Who knows why they turned her down.)

My daughter, a mostly-A student, applied to Cornell, Vassar, Brown, Berkeley, UCLA, Johns Hopkins, and Northwestern, along with a bunch of safety schools. Her first choice was Northwestern, to which she applied early decision to improve her odds. Northwestern deferred her, which (according to her extensive research) gave her about a 50/50 chance of later being accepted. While waiting for their final verdict, she was rejected by Brown, UCLA, and Berkeley. She was waitlisted by Johns Hopkins (and as I write this, my daughter still doesn’t have their verdict.) Over time, she was accepted at all her safety schools, rejected by Northwestern, and rejected by Cornell, but—yes!—accepted by Vassar.

Pretty good outcome across these kids, eh? It certainly supports the Times study that predicted an 80% chance of a qualified student getting at least one of her top choices. I wish my essay could end here, but I haven’t gotten to the shocking part yet.

The real truth about college admissions

For a day or two, my daughter was on cloud nine about going to Vassar. She told all her friends, drooled over all the gorgeous campus photos on their website (“Look, Dad, every dorm has a grand piano in its common area!”), and read the student reviews (which weren’t actually as glowing as I’d expected, the main two complaints being some version of “everybody is too liberal” and “everybody is too spoiled”). We were a bit nervous about the cost, but my daughter had done her research on that. Vassar is famously generous with financial aid, she said, with the average student getting like $50K a year. Vassar was even singled out in a Malcolm Gladwell podcast as a school that makes good decisions with its endowment. My daughter was really confident we’d be able to afford her tuition.

Then we got an email from Vassar saying, essentially, “Great news: you don’t need any financial aid! You will be able to afford to attend without any help … so you’re not getting any.” That’s right, not a cent.

I thought there must be some mistake. The Bay Area where we live is notoriously expensive, and my family has only one income. Vassar costs $73,000 a year, not including books, supplies, personal expenses, or transportation. I seriously entertained the notion that a simple bureaucratic mistake had been made. I consulted the financial aid page of their website. (The first sentence reads, “You do not have to be wealthy or even well off to attend Vassar.” The boldface is theirs.) I checked out their Net Price Calculator and plugged in a bunch of numbers, including my non-spectacular salary.

Well, their email was no fluke. The calculator spat out the same financial aid number: $0.00. It turns out that when Vassar says they are “committed to meeting 100% of the demonstrated financial need” of students, what they mean is, if you absolutely don’t have any savings or significant income, they’ll give you money. But if you are anything like middle class, you’ll have plenty of fiscal resources to exhaust, so you don’t qualify for financial aid. Do you own a home? Good—get a second mortgage on it. Got a rental property? Sell it. Happily married? Get a divorce. Got a 401(k)? Cash it in: your desire to have a pleasant retirement one day is an extravagant luxury you can’t afford. To Vassar, “financial need” means you completely lack any resources to draw down.

Suddenly, I felt completely naïve. When a college can choose from thousands of qualified applicants, why wouldn’t they pick the ones whose parents are willing to foot the bill themselves? Certainly there are families out there so terrified of their kids washing up that they’ll make this sacrifice … surely more than enough such families to fill Vassars’ student ranks.

So it turns out my daughter was agonizing over the wrong question. Instead of worrying about what colleges would accept her, she should have been worrying about which ones we could afford. Or better yet, not worrying at all, as we live in California, which has world class public universities.

I had innocently believed that, once my daughter had finally heard back from all these places, we could finally move on—that the agony would be over. But this outcome was even worse than if she’d simply been rejected by all her “reach” schools. Now she had proven she deserved a top college, but wouldn’t get to go. Instead of faulting Vassar for rejecting her, my daughter turned her disappointment on her mom and me. She didn’t say anything mean or angry—she mainly asked versions of “Are you sure you can’t afford this?”—but she might as well have. The closest she came to a direct accusation of parental incompetence was, “Didn’t you guys do a 529 college savings plan?” I felt like replying, “No, it never occurred to us that you might need money for college one day. I guess we’re not very good parents.” (My actual reply was, “To answer your direct question, no. But it’s not because we didn’t plan ahead. It’s because the 529 is a stupid plan. We did save money for your college. But we didn’t sock away $300,000.”)

It dawned on me that it was no accident Vassar delivered the acceptance ahead of the financial aid notification. It was a terrorist tactic, no different than Kellogg’s hawking sugary cereal during Saturday morning cartoons. Vassar fills these kids’ heads with dreams of this elite college experience and then when they drop the bomb about zero financial aid, the parents become the problem.

I had my daughter write a nice letter appealing Vassar’s decision, citing our family’s single income, the cost of living in the Bay Area, and the second kid we’ll need to put through college. We sent it certified mail. Vassar never responded. They did, however, continue sending us glossy brochures of their beautiful campus.

So you know what? Fuck Vassar’s grand pianos. Fuck their reputation for generous aid. And fuck the conventional wisdom of “You just worry about getting in, we’ll take care of the cost.” That’s not practical … it’s a fantasy.

Now that I’ve seen the light, I really doubt other private universities would be more generous. I went ahead and tried out the Net Price Calculator for Northwestern, and of the $85,000 per year they charge, my daughter is eligible for financial aid in the amount of (you guessed it) $0.00. Thank God she didn’t get in.

My daughter will be enrolling at a UC campus that has great weather, gorgeous beaches, and is ranked top ten in the nation among public schools. If she hadn’t been accepted by Vassar, she’d probably be really excited.

It’s ironic that the essential unaffordability, for our family, of a private university caught my daughter off guard, given the exhaustive amount of research she did into the application process. I recently lamented here how the Internet gives us vastly more information than we need, and too much of the time we’re unable to resist devouring it. I griped specifically about how the trove of college-related websites hijacked my daughter’s attention:

My daughter started her college application process like a year in advance. She combed the Internet for every scrap of information pertaining to every college she considered applying to. She maintained a master spreadsheet tracking them. She could quote massive amounts of statistics about each one: acceptance rate, average weighted GPA of students accepted, average SAT scores, national ranking, self-reported student satisfaction levels, lifestyle ratings, you name it. Tracking all this info was like a part time job.

With so much information available, it’s a pity my daughter missed the important step of researching affordability. If she’d started there, just think of all the hours she wouldn’t have spent writing personal essays or trawling college websites. Think of all that dread, all that anxiety, and ultimately all that heartache that she’d have avoided. As for myself, I didn’t need another reason to be cynical about big business in America, but I sure got one.

Chalk this up to a lesson learned the hard way. As Henry James pointed out, “We pay more for some kinds of knowledge than those particular kinds are worth.”