From the Archives - This Is a Short Story—NOT!

When I’ve lately searched my archives for an old essay worth posting, it’s felt like I’m down to the absolute dregs. One thing I’m resolute about sparing you are the short stories I wrote during high school, which are painful to read. The following essay, which I wrote in college, examines the difficulty I had with fiction, while sharing some personal history I hope you’ll find amusing. 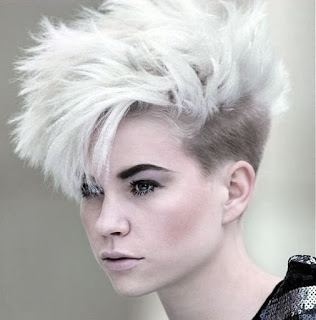 This is a short story.

Actually, it’s not. It’s just another ... well, whatever you want to call it. Essay, report, letter: whatever it is, it ain’t fiction. A family member reported recently getting shivers when reading about my life, and wishing it was fiction. Hey, if my memoirs make you uneasy, you should read my short stories! Or maybe you shouldn’t.

See, I’ve always had problems with fiction. A few years back, I could write it pretty readily—but it was really, really bad. My characters were either boring, unbelievable, or undeveloped. The situations were worse. Real life provides all this for me; I just have to write it all down. The only trouble is, I have to patiently wait for characters to show up and situations to happen, which takes too long … unless I delve into my past.

I’m probably the only 20-year-old alive who’s ready to write his autobiography. I could write a new volume every twenty years until I’m dead. So instead of the story I was going to try to write this evening, here are some reminisces.

At my high school, most students hung out in packs (I’d say “cliques” but that’s such a stupid word). Within these groups, everybody tried to look like everybody else, so most of my peers in high school could be easily categorized: jock, egghead, stoner, hic, punker, cheerleader, reject, etc. I always had a strange fascination, almost an admiration, for those who took great pains to distinguish themselves and stand aloof from everyone. Take this guy in my Russian class, Timofey. That’s not really his name, but it’s the English phonetic spelling for his Russian name. Outside of class, he probably went by “Tim” which doesn’t fit him nearly as well. Who knows, maybe he adopted “Timofey” beyond the classroom … I wouldn’t be at all surprised.

Timofey made punk rockers look like Eddie Haskell. He wore this black leather jacket with a painting on the back of a pit bull with an arm sticking out of its mouth. Big block letters spelled out, “Pit bull for sale: loves children.” As you read that, it sounds stupid. And it was. But the fact that he wore that thing, without copping any kind of rebellious attitude, was unique. Unlike punkers, he was friendly and outgoing. His hair was even wilder than his jacket: a kind of square shaped, white ‘do with little vertical curls set in epoxy. I’m not kidding, epoxy—I asked. He was really funny not just to talk to, but to look at. He might have been smart; I couldn’t tell (though it was said that he was the first Russian language student in 20 years to fail the class).

I guess the real reason I kind of respected the guy was that he wasn’t trying to relate to the punkers—in fact, they wouldn’t go near him. Where you would expect them to look at him with awe, their expressions seemed to say something like, “Gawd, that guy’s WEIRD!” He singlehandedly made their own poses look pretty weak; after all, most of these rote punkers would have cleaned up just fine and could be installed in a church service pretty readily. But not Timofey. I mean, how do you get hardened epoxy out of a kid’s hair?

When I started high school I was as judgmental and easily shocked as the next rank-and-file member of the nerdy wannabe-elite. Having Timofey in class, and finding him harmless, helped me let my guard down. I was also led toward greater acceptance of the unusual by this punk rocker chick named (in Russian) Masha. She had this way of looking at you with a half-smile, curling her lip like Billy Idol, as though she was kind of inwardly laughing at you, except you knew she wasn’t even paying attention to you, so she must have been laughing at everyone, at this class, at this whole stupid high school scene. I had a sizeable crush on Masha, even if her bleached, gelled, and shocked-up hair wasn’t set in epoxy. My only issue with her is that she almost never came to class.

So, yeah, exchanging pleasantries with Timofey and Masha (yes, they’d actually talk to me!) really expanded my worldview, to the point that when my brothers’ friend DT began an eerie metamorphosis into an unrecognizable hybrid of comic book villain and standup comedian, I rolled with it. He stopped wearing bike race t-shirts in favor of a big long overcoat, which accentuated his 6’4” 200-pound frame (which was itself a recent thing—he seemed to suddenly grow giant overnight). DT dyed his hair red—but not a realistic redhead red, but a lustrous dark black-cherry-red right out of a color comic book. Then he wore the old-school Steve Dallas sunglasses, let a good three days of razor stubble build up on his face, and clenched a cigar in his teeth. Maybe you never saw him like that, and if not it’s probably a good thing. You would’ve hated it, probably, because this was DT, a guy we all knew, a guy we didn’t want to laugh at like a strange exhibit from the Ripley’s Believe It Or Not museum. How are you supposed to hang out with a guy who looks like that?

To engage with DT and his new look took some adjustment. After all, he didn’t create that image so he could blend into the woodwork. He wanted to be noticed, to call attention to himself, just like the young rebel teen punk who sports a foot high blue mohawk and a studded collar and says things like “I just wanna be left alone!” To give DT a hard time for his carefully arranged look would be no fun, as would pretending you didn’t notice. I think he wanted us, or at least me, to play along with his transformation. One time he dropped by my locker after school, even though he had graduated years before. This stands out in my high school memories as one of the finest, having been charged with real (well, fictitious) menace.

First of all, DT was obviously not a Fairview student—way too old. He came swaggering up the ramp towards the student center, this huge, creepy looking thug made even bigger by his massive overcoat, with that stubble and cigar, clearing a path of high schoolers as he went. They must’ve thought he was some kind of lunatic … they gave him plenty of space and then stood there gawking. About thirty feet from me, he called out, “Yo, DANA! Hold it!” I acted real nervous and looked around as if for an escape route, and when he reached me he said, “Tell your friend David if he calls me Mike again, he’ll wake up dead!” All the people around my locker sort of cleared out at this point, and gathered at a safe distance to see what was going on. DT looked around, and sort of put his arm around me like he was going to inflict some kind of pain if I acted up. He whispered, “Hey, Dana, what’s up? You wanna come look at that bike?” but we both knew people assumed he was saying, “It’s too late to back out now. I’ll go easy on you but you miss this next score and you’re dead meat.” I stammered out something like, “Hey, man, I don’t want any trouble.”

Then DT escorted me down the ramp towards the exit, his arm around my shoulders like we were friends but with the suggestion that this could become a headlock very suddenly. Once we were out of sight, we broke out laughing. To my delight, the next day I got some nervous questions from the guys in my honors classes, and I replied in a suitably evasive fashion. I felt like I’d made some important transition from standard nerd to somebody slightly more complicated. (Yes, it has dawned on me that my pose was about as ridiculous as DT’s, but no matter.)

So, I think I’ve known some pretty interesting people, who could be given code names and assigned roles in some totally fictitious story. Like, maybe Timofey and DT meet at a U2 concert and decide to sneak backstage or something. Except that’s dumb, they wouldn’t hit it off at all. Timofey probably wouldn’t be caught dead at U2, he’d be at a Fear concert or something, and DT would be too busy hitting on some girl in the t-shirt line to even think of sneaking backstage. And even if they did, they’d just get chucked out by security, and where’s the story in that? It’d be a really amazing memory if it actually happened to you, but stories have to be way more exciting than that, at least if they’re the type that could make me famous so I could go on “Donahue.”

So, I guess what I’m saying is, though I’d love to be a famous fiction writer, I really don’t know how, and to try to fake it makes about as much sense as changing my hair and outfit and hoping that’ll make me into an exciting, unique person. But faking it at fiction would actually be worse, because you’d read my stories and think, “This just sucks,” whereas Timofey’s hair, Masha’s tongue-in-cheek sneer, and DT’s costume were at least entertaining. So I’ll just keep reporting on that sort of thing, and hope you like it.