How Android Wrecked My Morning

Ever had your sleep shattered by a way-too-early phone call?  Well, at least that scenario requires an evil or bumbling human at the other end of the phone.  I found out recently that these modern phones can ruin your morning all by themselves, by trying too hard to be smart.  Read on for my sad tale (and the frightening questions it raises).

How Android wrecked my morning

The alarm clock on my Android phone shattered my sleep.  The noise was crazily close to my face and as I struggled to make sense of my situation I realized my wife was holding the phone out to me in a wordless plea to have it silenced.

I keep the phone on the table at the other side of the bed, out of reach.  This is to keep me from groping blindly for it, knocking it off the table, and breaking its face, as I’d done with my Blackberry years ago.  The key to not disrupting my wife is to make this phone my backup alarm.  The primary alarm is a clock radio on my side of the bed.

Usually I wake up before my alarm and can disarm it before it makes a sound.  I felt bad for waking my wife, but also a bit smug at having this backup-alarm system which was so clearly warranted on this occasion.  I now discovered the clock radio was an hour slow!

As I was running late, I didn’t have time to make tea before my early conference call.  I grabbed a mug to nuke some water for instant coffee.  The microwave oven display, instead of showing the time, had a message scrolling by:  “Enjoy your meal.”

I hate this message.  First of all, it shows a fundamental flaw in this oven’s character.  The oven acts like it knows what’s what, but it’s only guessing.  (More often than not, it isn’t heating a whole meal, but just thawing something, pre-cooking an ingredient, or heating a snack.)  Second, this message means somebody forgot something in there, which in this case meant overnight.  What was it?  Feast your eyes on this! 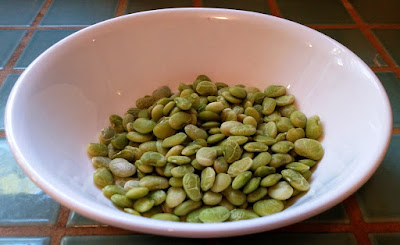 My wife must be one of the few people on the planet who buys lima beans.  Why does she do it?  Does she feel sorry for the lima bean growers?  Or is she reminding my family that not everything we eat needs to be a delicious taste sensation?  Needless to say nobody missed these at dinner.

But when I closed the door, the oven display reverted to showing the time, and to my astonishment it was an hour off!  Or to be more accurate, it now showed my phone to be an hour off.  I never should have doubted my clock radio.

Isn’t it funny how much authority these smartphones get?  I hadn’t even considered it could be the culprit, because the phone sets its clock automagically!  The phone “just works”—except when it doesn’t.  From now on, I’ll trust the device that doesn’t have an operating system.

I pulled up my Android clock and noticed two weirdnesses: 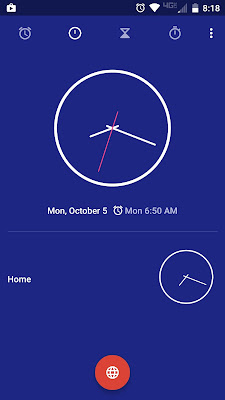 The obvious thing was that it was an hour fast.  But the other weirdness was the second clock, labeled “Home.”  Somehow my phone had decided I’d traveled to another time zone:  Mountain Daylight Time. 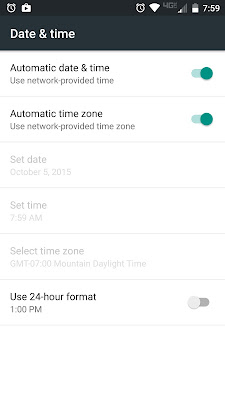 On what basis did it decide this?  Beats me.  I keep the GPS turned off.  The “Automatic” time zone is based on the “network-provided” time.  Well, what network?  The WiFi network, some Internet server, or the 4G/LTE?  It’s vague in the accountability-avoiding “mistakes were made” kind of way.  I turned off WiFi but the phone didn’t revise its time zone.

As it turned out, I had a way to see if the culprit was really “the network.”  We happened to have a houseguest with an Android phone on the same carrier, and its clock was correct.  She theorized, “Your phone must have been keying off mine.  Mine’s set to Arizona!”

Great theory!  I hypothesized that one phone is always dominant, and will cause others in its vicinity to fall in line.  Kind of like how the menstrual cycles of female roommates will tend to sync up.

But there was a flaw in this theory:  Arizona doesn’t observe Daylight Saving time.  This time of year, Pacific Daylight is the same as Mountain Standard.

Rebooting the phone fixed the clock, until a few nights later when it slipped back to Mountain Daylight Time again.  The only real solution is to disable “Automatic time zone,” at least until Google fixes this bug.

Of course, I sussed all this out hours later.  At the time, I had a short-term problem:  I was up an hour earlier than I meant to be, with nothing to do, and was bleary, sleepy, and also pissed off.  It’s hard for me to fall back asleep after even a minor skirmish with hi-tech devices, and moreover when I’m angry.  So I lay in bed wishing I could be either asleep or fully awake instead of in this purgatory.  I tried to remember the dream I’d been having before being jolted awake.

I’d had this dream in my head—I mean my waking head—before going downstairs.  The whole thing was there intact, but now it was completely gone.  The great dream eraser had make a clean sweep.  But I tried and tried and suddenly my dream came back to me.  I’d been dreaming about my phone, coincidentally enough.

In this dream, I’d decided to head to San Francisco for some Christmas shopping.  The streets were all flooded to within a few feet of the tops of lampposts, so I was traveling by canoe.  My canoe started taking on water, and suddenly it was up to my waist.  Oh, no—my phone!  I took it out and it was all full of water.  I went home, cleaned off my desk, turned on a powerful lamp, and began taking apart the phone.  Each piece, once removed, suddenly grew to like ten times its former size.  This made it really easy to dry each piece off.  Before I knew it, I had a massive pile of chips, transistors, capacitors, and printed circuit boards, all comically oversized.  It was a bit like playing with Lego.  I reasoned that the phone manufacturer had set it up this way to facilitate the assembly process.

Now, where had Motorola gotten this idea?  Well, like all truly ingenious ideas, it must have come from an English major.  And suddenly the literary precedent was obvious:  the original Frankenstein by Mary Shelley.  Dr. Frankenstein (the inventor) decides to make his creature large, so that the components will be easier to manipulate:

As the minuteness of the parts formed a great hindrance to my speed, I resolved, contrary to my first intention, to make the being of a gigantic stature; this is to say, about eight feet in height, and proportionately large.

How fitting that this dream should prefigure the failure of my phone:  like Frankenstein’s monster, and like so many other hi-tech products, it has a tendency to break loose from the control of its creator.  How large a problem this becomes may be determined by how large a project Google and its ilk undertake.  It’s one thing to have your morning ruined by a Frankenphone; how much damage could be caused by a Frankencar, a Frankenhome, or a Frankendrone?