Sometimes technical support really lets me down. And then, when I want to gripe about it, who wants to listen? This post, from my archives, recalls an email exchange with tech support that bled over into my personal life, when I forwarded the thread, with my commentary, to my brothers and a pal whom I’ll call P—. I somehow really ruffled P—’s feathers, and his peeved response to my email provoked a whole new level of my scorn.

(Why am I calling him “P—”? Well, he probably wouldn’t like being quoted here, and I can’t just get his permission because he’s dead. I take some solace in knowing that his being dead somewhat mitigates the consequences of anybody figuring out who he is. Er, was.) 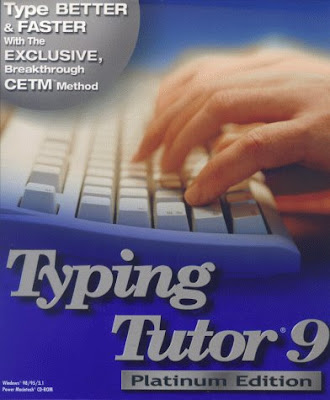 I just bought Typing Tutor 9. I see from your website that version 12 is available, but I can’t find it for sale anywhere. I’m hoping v9 is good enough.

My question concerns your Conceptual Effects Typing Method (CETM) training scheme and the Dvorak keyboard layout. I bought your product, over competing ones, because I wanted to try the CETM method, and I’m learning the Dvorak layout, and your software purports to support both. The problem is, the Dvorak layout seems only to be supported by your standard tutorial mode, not the CETM mode. In other words, your software introduces the keys sequentially according to the QWERTY home row, even when I’m using the Dvorak configuration. Is there a way around this, perhaps a patch I could apply to the program? Do more recent versions of the software support this?

Actually, the latest edition does not support the Dvorak keyboard at all. Support for it has declined with the rise in carpel tunnel injuries from over use of the keyboard.

No formal scientific studies have been done. Some say that it relieves symptoms but on the other hand, if the speed increases dramatically, you are back in the repetative [sic] motion issue.

Remember that Typing Tutor problem I was talking about, where the lessons weren’t tailored to the Dvorak keyboard as promised? I emailed tech support, and they basically blew me off. I’m not going to pursue the matter with the hapless support rep, M— B—, because to challenge her out-of-thin-air BS explanations, employing my relentless rhetorical style, would be cruel. But check out her emails (attached). Unbelievable. Just to blow off a little steam I’ll share my objections with you.

If no study has been done, on what basis did they drop Dvorak support? And I have to take issue with the idea that increased comfort doesn’t relieve repetitive stress disorder because the increased speed results in more typing. This is only true if there is an infinite amount of typing to do. But if I’m faster, isn’t it the case that I finish earlier and can spend more time at the water cooler resting my hands? (Never mind that my employer took away our water coolers, in addition to our coffeemakers, and are putting in a vending machine. Those are mere technicalities.)

The lady you are dealing with is merely covering for her managers. They have almost certainly decided, as one learns to do in management school, to eliminate any products whose monetary return is not dramatic. Ms B— might quickly lose her job if she backed down on the validity of the things she has said. Surely her email transactions are monitored sometimes or all the time. It is not worth costing her her livelihood to prove that you are right. It’s the managers who should be punished, but you have no safe means to do that, and it would not get you the desired software. Why continue?

[P— omitted from this response]

“Why continue?” Why indeed! Naturally I will not rest until I have entrapped Ms B—, pawn that she is, in my remorseless game of corporate intrigue. Yes, I have set a trap—my e-mail messages are the bait, and she is my prey. I’m sure her evil employers have a zero-tolerance policy concerning failure to further the corporation’s diabolical deceptions. It is intuitively obvious that entire rooms full of lowly auditors pore over e-mail after e-mail looking for signs of dissent. Sure, I’d like to punish those managers, ensconced in their comfortable boardrooms, plotting their schemes to catch disloyal tech support people in the act of being bullied, by the likes of me, into betraying the evil business school secrets. But if I can’t catch the big fish, I’ll settle for ending the humble career of a mere clerk. Such is my insatiable lust for winning arguments, even if I’m arguing with unlearned, weary cogs of corporate America. If I can have the satisfaction of taking food right out of the mouths of Ms B—’s children, that’s enough for me. Here is my fantasy, which I run through in my head, night after night, in salacious detail:

Ms B— reads my retort, which lays bare the flaws in her statements about Dvorak and Typing Tutor 9. Realizing she is outsmarted, and can no longer continue her deception, she replies, “You’re right! I can’t deny it! It has nothing to do with carpal tunnel! It’s you—you’re not a preferred customer! You had it right all along! Please, please forget about Typing Tutor, forget this whole correspondence!” She clicks “Send” and then madly begins deleting the e-mail chain, message by message, from her PC, her face bright red. A colleague, a mere two feet away in a three-foot-wide cubicle identical to hers, sees her distress, guesses it’s corporate sabotage, and sends a quick message to her manager. In less than an hour the auditors have put together the incriminating trail of digital evidence, and Ms B— has been summoned and is standing in front of her boss, knees shaking.
“Ms B—, was I not perfectly clear, in our staff meeting last October, what tech support personnel were to tell customers about our stance on Dvorak?”
“You were,” she sobs.
“This company cannot afford to support Dvorak users, and yet we cannot risk being sued for choosing not to support them. That is why you were to use carpal tunnel syndrome as an excuse for our product direction. Why have you betrayed our secret to a customer? Don’t try to deny doing it, I have the e-mail right here.”
“I don’t know . . . I guess he bullied me into admitting it!”
“Yes, it seems a very clever troublemaker with a big chip on his shoulder has it in for you. But damn it, you didn’t need to cave. I have your employment agreement right here. You have acknowledged, by your signature, that failure to align all of your customer-facing statements with our official corporate positions is grounds for immediate termination. Give me one good reason not to fire you.”
“I’m the sole breadwinner for my family! My husband was arrested by the FBI for forwarding an article about PGP to a friend, so I’m raising the children all by myself!”
“I’m afraid that’s not SSI’s problem. You have five minutes to clear out your desk. A security guard will escort you from the building. You’ll never work tech support again in this state, I can guarantee you that.” As the door closes behind her, she hears the beginning of a long peal of evil laughter.

Since when is P— an expert on what “they” teach in “management school”? And where did he get his information about how closely companies monitor e-mail? Did this guy grow up in the Soviet Union or something?

And what’s this about “It’s the managers who should be punished, but you have no safe means to do that.” What does that even mean? Since when do managers get punished? And how would one do that safely?

Above all, how did P— not grasp that my retort was hypothetical, and that I never intended to “continue”?