Right off the bat, I love sequels: not the ones Hollywood cranks out, but the opportunities I sometimes get, with this blog, to piggyback on a previous topic. If you even remotely enjoyed my last post, or enjoyed hating it, my second installment of Prop 7, One Year Later should grab you even more forcefully. Perhaps it’ll even shake you around, like a dog with a rag doll! 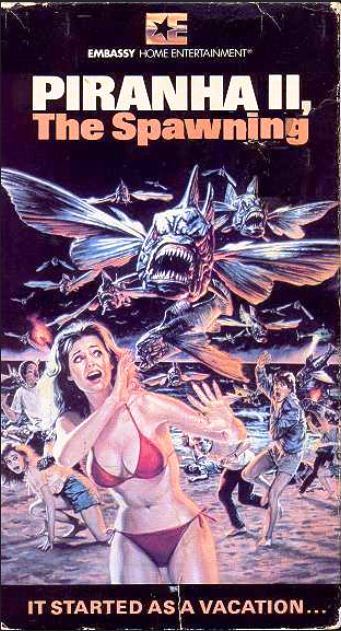 In this post I explore in some detail the complete and total clusterfuck Prop 7 would create, if it were actually approved by Congress.

In a response to the survey I sent around about Prop 7, one respondent wrote, “Hawaii and Arizona don't observe daylight savings time, so I didn't think Congress would care if California opted out of it.” I commented in my post, “Ah, this is a confused voter (or abstainer). Prop 7 isn’t about staying on standard time—it’s about staying on DST year-round.”

Well, I misconstrued the respondent’s meaning. He replied (via email) that by “it” he meant “opting out of the Uniform Time Act of 1966,” not “opting out of DST.” He did understand that Prop 7 was about year-round DST, and his point is that if Congress already lets two states choose not to conform to the Uniform Time Act, they should tolerate California opting out as well (even if it’s a different flavor of opting out).

This same respondent opined that modern technology platforms such as Google Calendar and smartphones should make it feasible to handle the complexity of three concurrent flavors of time observance—those being a) the status quo; b) never observing DST; and c) observing DST year-round. He described his exceedingly complicated workday routine and how it’s exacerbated by his kids’ byzantine schedules, but how it’s all manageable because he and his wife can rely their electronic calendars.

I have to disagree with this albertnet reader. You might imagine that my dissent is based on the fact of not everybody using smartphones or calendar software. Actually, that doesn’t bother me so much … if these outliers complain, we can just tell them to get with the program. (I know, terrible pun—I couldn’t resist.) It’s also possible to fault technology in general where DST is concerned. For example, my modern car clock has a setting for automatically adjusting to DST but it quite simply doesn’t work. Meanwhile, my microwave oven has a setting to automatically switch to DST, but it couldn’t work because there’s no way to program the oven with the date. But this is also just static. I have a much bigger issue with my friend’s assertion. The fact is, where deviance from the Uniform Time Act is concerned, computer calendars are absolutely no help.

These electronic tools work great for a complicated family schedule because everyone is in the same time zone, so whatever tweaks are made to DST will affect all family members the same. But interstate business, when DST outliers are involved, is another story entirely. As I wrote in my first Prop 7 post, “Today, Monday, was rough. At work, an 11:00 a.m. conference call threw people into a tailspin because the recurring appointment had been set up by somebody in the Arizona time zone, where DST is not observed. For those outside Arizona, the call automatically jumped forward by an hour on our electronic calendars.”

To make this clearer: at the beginning of March, before DST started, the 11:00 a.m. PST call was at noon MST (or to be more precise, noon Arizona time because Arizona is given its own time zone in Microsoft Outlook and Google Calendar). A week later when DST kicked in for CA, AZ hadn’t changed, so the call was still at noon Arizona time. But since CA was now synced with AZ (because PDT is the same as MST), the call suddenly moved to noon for the Californians. This presented conflicts with other noon calls already set up with other non-Arizonians. Despite everybody’s groovy electronic calendar technology, these humans have to bicker about this situation twice a year … and that’s all because one state is doing one type of Uniform Time Act exception.

If states could switch to year-round DST…

If California were allowed to switch to year-round DST, of course that would set precedent for other states to do the same. Suppose New Mexico copied Arizona and stopped observing DST, while Colorado stayed as-is, and then Wyoming went to year-round DST to be like the cool kids in California. Clocks in this case would cease to reliably align with geography. The weekly call for the Mountain/Desert Sales Region that covers these states would get unbelievably screwed up twice a year when the time changed, as you shall see.

Let’s say the calendar event was created by the Regional Director who works in Colorado. And let’s say it’s a 2:00 p.m. call: on November 1, this would be 2:00 p.m. Mountain Daylight Time (MDT), which equates to 1:00 p.m. Mountain Standard Time (MST) in New Mexico (due south of Colorado, in case your sense of geography is worse than The Donald’s) and 2:00 p.m. MDT in Wyoming (due north). So that’s your status quo. But a week later, on November 8 when CO falls back, all hell breaks loose. For the CO folks, nothing changes except the call goes from 2:00 p.m. MDT to 2:00 p.m. MST; their calendars aren’t really affected. But the call moves from 1:00 p.m. to 2:00 p.m. for the NM folks (because NM is now synced with CO) so the NM folks would have to reschedule their other 2:00 calls. On top of that, this same call would become a 3:00 p.m. Wyoming call (because they’d still be on MDT, so they’re now an hour ahead of CA). So Wyoming would also have to move their other calls to accommodate this!

How is this simpler than everybody changing their clocks twice a year? It’s a complete debacle! You’ve got a call that, depending on the state and the time of year, can take place at 1 p.m., 2 p.m., or 3 p.m., despite all these states being at basically the same longitude!

And that’s just one state opting out of DST and one state going to year-round DST. Imagine if even just a handful of other states started exercising their freedom to deviate from the Uniform Time Act in this way. Electronic calendars notwithstanding, millions of Americans would be totally confused. Time zones would become so variable, and so disconnected from geography, people would go nuts.

Now, you might accuse me of a slippery slope fallacy—that is, of overstating the downstream consequences of California getting its way. But if you think about it, it’s highly likely other states would adopt year-round DST if California was doing it. Imagine Washington state, with all the tech companies headquartered there (e.g., Microsoft, Amazon, SAP Concur). Surely they’re on conference calls with Silicon Valley companies all the time, and would get tired of the rigmarole every time the clocks changed. Supposing Washington state followed California’s lead, what do you think Oregon would do, sandwiched as it is between the two? It would probably fall in line and adopt year-round DST. With the entire west coast on year-round DST, other states with west coast vendors, customers, and partners—like New York and Virginia—might be tempted, too.

Many states wouldn’t, though. Montana isn’t exactly a hive of interstate corporate activity, and if they went to year-round DST, the sun wouldn’t rise in their northernmost city until 9:21 a.m. at the end of December. It could be that northern states in general would tend to frown on year-round DST due to such impractically late mornings. Southern states would probably stay away from year-round DST too, because they have such hot weather. (Arizona’s earlier sunrise gives its denizens a chance to exercise before it gets hotter than balls out, and their earlier sunset means they don’t have to run their air conditioning so late.) If anything, with this new shift away from the Uniform Time Act, southern states might take the opportunity to copy Arizona and give up DST completely.

With all this in mind it’s not hard to imagine a hopelessly unmanageable situation with mass confusion every March and November, if Congress decided to allow states to observe year-round DST. I highly doubt the authors of CA Prop 7 every considered any of this. Hopefully Congress has, and will hold their ground when California comes around asking to do their own thing.

If you’re still reading this, I’d guess you’re in the minority of people who will bother to ponder such stuff. As I was trying to discuss this with my wife (and already approaching the outer limits of her attention), our daughter chimed in, “Why do we have to change the clocks at all?!” I replied, “Well, if that’s not just a rhetorical question, I’m happy to answer it.” Before she could even reply, my wife cut in: “No, no, she didn’t mean it!” My wife might as well have added, “For God’s sake spare her … she’s just a child!” My daughter was quick to pile on: “Please don’t explain. I really don’t want to know.” (If you do want to know, click here and search the page for “Should we have DST?”)

Prop 7, especially given that it passed, is a great example of the limitations of democracy. Most voters don’t want to wade very deep into complicated matters of policy, but they still want to have their say. They demand simple answers, but sometimes simple answers just don’t exist.

Consider this: seven out of ten Americans want to stop changing their clocks, according to an Associated Press poll, as described here. The problem is, four in ten want to get rid of DST, and three in ten want to adopt it year-round. Factoring in the three out of ten who are fine with the status quo (i.e., changing the clocks twice a year), putting this matter to a simple vote creates, essentially, a three-way tie. (Handing victory to the slightly larger group, the four in ten who oppose DST completely, would disappoint six in ten Americans … hardly a good solution.)

In the case of Prop 7, the Federal government needs to ignore the California voters and do what’s right for the country. I know that sounds brash, but I’m serious. Imagine if our government decided that states should decide everything for themselves. Texas, for example, could decide airport security was a pain in the ass, and that they didn’t need metal detectors. I can envision a Texan politician arguing, “Why shouldn’t an American carry a gun on a plane? How better to stop terrorists?!” Voters in Texas would love this because they’re tired of standing in lines at airports, taking off their wristwatches and belts and shoes and so forth, and might vote for the change as breezily as Californians voted for Prop 7. If Congress honored the wishes of these voters, you’d have armed Texans flying everywhere, and the burden of disarming them would fall to airports around the world, who would need metal detectors at the egress points of each terminal. Why doesn’t this happen? Because, so far, the lawmakers in Washington have the good sense to maintain the FAA as a nationwide body applying the same rules in every state (and Texas hasn’t thought to propose such a thing … that I’m aware of, anyway).

I’m optimistic, then, that Congress is thinking harder about DST (or will, when the time comes) than the voters in California did, and the simple-minded knobs that introduced Prop 7. If Americans across all fifty states were to agree that changing the clocks twice a year wasn’t worth doing, then Congress could come to some consensus about the best way forward: we could all either abandon DST nationwide, or all adopt it year-round. Until and unless that happens, I sincerely hope Washington tells California, “Go away, kid … ya bother me.”