When is it okay to correct someone’s grammar? I feel this should be welcomed, but it seems like so often it’s not.

Alas, correcting someone’s grammar is more complicated than pointing out that she’s got food in her teeth, or that his fly is open. For one thing, since grammar is to some degree a matter of education and social class, a person can easily feel a bit offended.

For example, an old boss of mine from my teenage days, whom I also counted as a friend, said to me once, “Between you and I, the money I collect on rent more than covers the mortgage.” I replied, “You mean ‘between you and me.’” He was pretty ticked, because a) I sounded like a pedantic prick, and b) I was evidently more interested in his grammar than his financial flex.

Beyond that, matters of grammar aren’t as obvious as food in the teeth so you can end up getting into arguments. This can escalate the insult when your interlocutor is eventually proven wrong. I was once at a party and the late-crew stragglers were gossiping, and D— mentioned something really stupid that some third party (not present) had said. I didn’t figure there was any risk in pointing out an absent party’s error, and responded, “That’s not even grammatical!” D— said, “What do you mean not grammatical?” I said, “You know, it’s wrong grammatically.” He fired back, “That’s not what ‘grammatical’ means.” I told him it was indeed one sense of “grammatical,” and he said “Wanna bet?” etc. I really tried to talk him out of going toe-to-toe with me, assuring him that when I proved him wrong he’d would be embarrassed. But he was adamant, so I had to get out my dictionary (a very thick Webster’s New International Dictionary of the English Language, second edition, which for obvious reasons I call the “big dick”). His downfall caused much mirth at his expense, and indeed, he was embarrassed … which I’d truly wanted to avoid because I have always had the impression D— never much liked me to begin with. 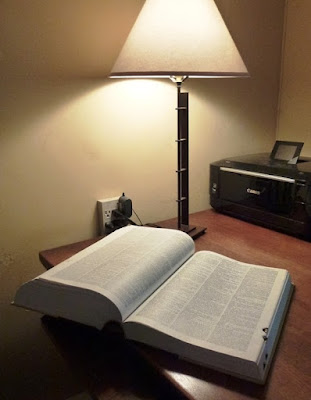 So, I recommend you choose your battles, by which I mean you only assert your position if someone erroneously calls you out on an error. And you better be right.

A final point: since so much communication these days takes place via text on a smartphone, you should be extra careful. Quite frequently, the phone software will introduce errors, either through poor voice transcription or because it simply decides to “correct” what you typed. For example, it will add an apostrophe to “its” when it doesn’t belong there.

I read a blog post once where a guy lamely justified the outdated practice of putting two spaces after a period, on the grounds that it honored the memory of his typing teacher. This is obviously BS because a) standards do evolve over time, and b) his old typing teacher is surely dead and gone by now. Can you weigh in on the matter, so I can troll the blogger in the comments section below his post?

Until fairly recently, I myself used two spaces after a period (and after a colon, and in most cases after a question mark) as I’d been taught in typing class in the early ‘80s. Lots of people continue to use two spaces. There’s plenty of ongoing debate on this; here is an article from 2011 condemning the two-space behavior, and here is another from 2018 asserting that using two spaces does improve readability. I suspect most style guides now specify just one space, though I haven’t bothered to confirm this.

Actually, the best reason to adopt the one-period convention is simply that digital interfaces, such as Blogger, Gmail, and Google Workspace, don’t properly handle a pair of spaces (as older word processing programs did). If a line ends with a period, and there are two spaces, the software should know to replace both spaces with a single line break. But, increasingly, the software doesn’t—it replaces the first space with a line break, and moves the second space to the beginning of the next line. This looks terrible. So anybody who continues to use two spaces will have sloppy-looking output. Give it up, two-spacers … you’ve lost.

Why do people like you think it’s important to follow these arbitrary, pedantic rules when it’s perfectly clear what somebody is trying to say, whether he follows these rules or not?

I suppose that in a perfect world, people might judge one another on, say, the quality of their souls, or the generosity of their behavior, or something similarly noble. In reality, we judge one another in a variety of less lofty ways, and one such measure is perceived level of education. So if you don’t learn the rules, you’re bound to break some of them in ways that suggest you either never went to college or didn’t pay much attention. (Never mind that in this modern STEM-obsessed era, many college graduates are trained instead of educated, and say things like “think different.”) Suffice to say, certain people will judge you for poor grammar, and they’re not necessarily wrong to do so. If you know all the rules, you can choose which ones to break, based on your audience. So it’s not necessary to always follow the rules, but it’s important to know them.

Another reason to know the rules is to avoid phishing attacks. Incorrect grammar is one of the best “tells” when you’re deciding whether an email is legit.

What’s the silliest grammar error you have seen? Extra points for inappropriate context…

In my opinion, the worst errors occur when someone is trying to be completely correct, even at the risk of seeming pedantic—but gets it wrong. If somebody says “who” where “whom” is correct, I always cut him or her some slack because “whom” can sound stuffy. But when somebody uses “whom” where “who” is called for, particularly in an informal context, I kind of cringe. So, in answer to your query, my poster child is the  line “exactly whom I’m supposed to be” from the song “Should I Stay or Should I Go” by the Clash. What rock star says “whom” in this construction? I’ll tell you: a rock star who a) doesn’t grasp that a predicate nominative requires a subject pronoun, and b) doesn’t realize the word “whom” doesn’t belong in a rock song to begin with (as George Thorogood obviously understood when he wrote the song “Who Do You Love?”).

Is it okay to break the rules if you’re consistent about it, and there’s some precedent for the way you break them? I ask because I prefer to put punctuation outside of quotation marks “like this”, because I just like it better. Since the Brits do it this way, do you think maybe I can get away with it?

If you’re emailing a friend or tagging a wall with a spray can, go crazy. Or, if you become an Oxford Rhodes Scholar. But here in the US, if you’re writing college papers or business documents, you do need to follow the American standard.

My dad decided he could make up some of his own rules, such as punctuating with two periods in a row, which I gather was supposed to be halfway between a period and an ellipsis. I suppose this wouldn’t have irritated me except that he liked to “correct” my grammar, as with this exact quote from an email he wrote to a friend, with me copied: “It would be fun to tease [Dana] about ‘That's me’ as opposed to the grammatically correct ‘That's I’..” I think it’s worth pointing out here that he put his homegrown punctuation outside the quotation marks. It’s a slippery slope, Alexa…

My brainiac friend insists that learned people will sometimes use bad grammar on purpose. Is this really a thing, or just a cop-out along the lines of Pee Wee Herman’s “I meant to do that”?

I suppose the cop-out theory holds some water; after all, whenever I correct my brother’s grammar he replies, “I know, I was speaking colloquially … you know, coming down to your level.” But educated and well-spoken speakers and writers break the rules all the time, stylistically. Here’s an example, with some subtle commentary baked in by the writer (Kenneth Grahame in The Wind In the Willows):

“What are you always nagging at the Toad for?” inquired the Badger, rather peevishly. “What’s the  matter with his English? It’s the same what I use myself, and if it’s good enough for me, it ought to be good enough for you!”

I suppose you could object to this example on the basis of these characters being animals, and British ones, and this being a very old source (i.e., 1908). But stylistic breaking of the rules is also done by modern Americans, and very learned ones at that. Consider this sentence from Elif Batuman’s recent novel Either/Or: “Imre had graduated and was supposed to be at Caltech, so probably it wasn’t him.”

Could this simply be an accident? I sincerely doubt it, as Batuman has a Ph.D. in comparative literature from Stanford. (If her doctorate were from Berkeley I would declare it impossible for this to be an accident.) (Yes, I’m kind of required, out of loyalty to my alma mater, to make that last wisecrack.) Batuman’s narrator, meanwhile, is a literature major at Harvard so I doubt we’re to assume she’s bad at grammar. I think Batuman’s choice of pronoun here is to demonstrate that her character, though very intelligent, is not pompous or overly punctilious (i.e., she’s cooler than my dad).

A Grammar Lover is a syndicated journalist whose advice column, “Ask a Grammar Lover,” appears in over 0 blogs worldwide.