In all the years you’ve written this column, you have never pointed out the most common error songwriters make regarding neon, which is to describe it as being some other color than orange-red. One example that comes immediately to mind is Blondie’s song “Fade Away and Radiate,” with the line, “Wrapped like candy in a blue, blue neon glow.” How have you not called this out before?

If you really want to get pedantic about it, neon itself is colorless. But that’s beside the point. While it’s true the first neon signs were orange-red, it’s a well established practice to mix gases, such as argon, in the tubes to produce other colors. Note that this doesn’t lead to anybody calling them “argon signs”—that’s just not a thing. I don’t think it’s reasonable to expect rock lyricists to hew to the physical properties of a noble gas and the history of its use in signs. 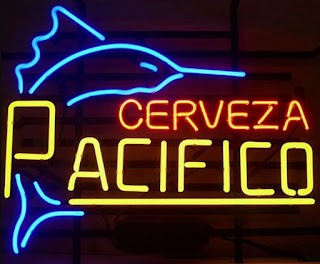 I’ve always suspected there’s something wrong with the line “Neon lights, Nobel Prize/ When a mirror speaks, the reflection lies” in the Living Colour song “Cult of Personality.” Am I missing something? I just don’t get the connection here.

To understand this line, it’s helpful to consult genius.com, which provides this explanation:

Neon lights highlight how celebrities in entertainment are similar to leaders with cults of personality in it that the purpose of the cult of personality and an entertainer are to amuse and distract from the substance of the person.

Does that help? Of course not. It’s pure malarkey. How does a neon light highlight anything? This is a typical stretch, by the bozos at genius.com, to sound knowledgeable and profound when there’s really nothing profound about the line at all. If Living Colour sang, “Tomato ketchup, Nobel Prize,” the genius.com gloss would say, “Tomato ketchup is like the sweet blandishments spread over a message to make it palatable to the unsophisticated masses.” Such BS. You’re right, neon signs really have nothing to do with the celebrity surrounding the Nobel Prize. I think the core of the issue is that neon isn’t used for lights, per se. It’s used for signs. And the purpose of a neon sign isn’t to light anything up; it’s just to be visible and draw attention to itself and its message, which is typically something really basic like “Open” or “Budweiser,” as opposed to anything abstract like celebrity. A spotlight would have been a much more fitting trope, or stage lights. 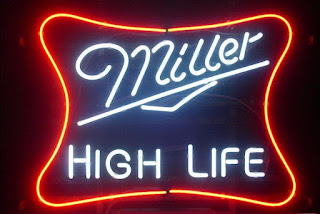 Here’s one. In his song “Neon,” John Mayer sings, “She’s always buzzing just like neon, neon, neon, neon.” Think about this for a second: have you ever actually heard neon buzz? I haven’t. It just kind of hums, and not very loudly at that. Oops!

Not so fast. While neon signs aren’t supposed to buzz (except in movies, as suggested in this article), there are various reasons that they can. Compared to other signs, neon ones are fairly high-voltage, and require a transformer which can act up. Poor grounding can also cause buzzing. It’s entirely possible that John Mayer has plenty of real life experience with buzzing neon signs, especially when you consider this article in talkbass.com where musicians compare notes on the problem. One bass player writes, “Yes, [neon signs] do cause buzz and some are worse than others!” Another replies, “Yep. Definitely a buzz there. We had to get rid of some neon we had (back in the day) for that exact reason. Of course, that was before I knew about differential preamps and active drivers and all that.” So let’s give Mayer the benefit of the doubt, especially since he employs this buzzing neon metaphor to describe a woman who misbehaves a lot. (Oh, and one more thing: Mayer is in good company; Tom Waits also sings about buzzing neon lights.)

To your mind, what’s the most disappointing example of a neon-related gaff in a rock song?

Wow, that is really a tough one. It’s a toss-up between “Airbag” by Radiohead and “The Sound of Silence” by Simon & Garfunkel.

Regarding “Airbag,” I’m referring to the line, “In the neon sign/ Scrolling up and down/ I am born again.” Needless to say, neon signs—being made of carefully shaped glass tubing—cannot scroll up and down. I suspect Thom Yorke was thinking of one of those digital signs, perhaps an early LED one, that did scroll. So why did he say neon? Who knows. Maybe he fell for its perennial allure … after all, neon is a popular word in rock songs, featuring in over 300 of them, by lyrics.com’s count. It’s too bad Yorke stumbled here; I expect more from Radiohead. Why haven’t they done a song, along the lines of “Fake Plastic Trees,” mocking those “Open” signs that are supposed to look like neon but are just plastic? I’m not just talking about the so-called “LED neon” signs (that honestly look pretty good), but the cheesy ones that are just pure plastic. 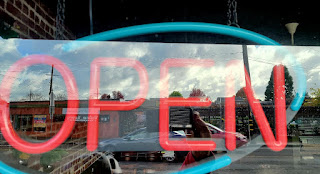 You accused a reader of being pedantic when he questioned the idea of blue neon, but at another time you called out the Ramones, in their song “Strength to Endure,” for asserting that neon glows hot, not knowing that neon signs actually run fairly cool. Hypocrite much?

Where you do think musicians get their ideas? Among other things, I imagine they notice things when they’re out in the world, such as when they’re hanging out in bars. Who hasn’t seen a neon sign that was a color other than orange-red? So I will continue to defend Debbie Harry on this one. But who ever felt heat coming off a neon light? Nobody ever. And it’s not just that the Ramones didn’t know neon runs cool, it’s that they sang “neon lights always glow hot” in the chorus. Within their song, the temperature of neon is a central metaphor, based on the mere assumption that neon lights glow hot. Always. That’s fairly emphatic for a statement the songwriter pulled pretty much out of his ass without bothering to fact-check. Plus, this is a pretty lame song to begin with so the Ramones don’t deserve any wiggle room. My column, my rules.