It occurred to me that some of my readers might be the types who unconsciously mouth the words they’re reading, as though they were reading aloud, and that others might be the type who turn their entire heads instead of just moving their eyes to track along the lines of text. Either of these types of people might get mocked while reading my blog, and I don’t want that. Meanwhile, still other people (I’m told) simply prefer a video. Thus,  I’m providing the vlog format here, and for everyone else the text follows below.

It’s become a tradition for me, at this time of year, to head to Fort Ord in the Monterey area and do a mountain bike race. Normally, I’m a high school cycling coach and this is an opportunity for my riders to watch me suffer. But this year the NorCal League and our team are shut down due to the pandemic, so we didn’t get to go. And this means I don’t get to blog about my wretched, ill-fated race … another tradition stymied.

For a moment, I considered embracing the fake-news zeitgeist and writing a purportedly true but actually totally fabricated race report. After all, as we already knew but formally learned by watching The Social Dilemma, false information is much more interesting than the truth. But I couldn’t bring myself to do it. Then I considered doing a short story, but in my experience, people seem to prefer their fiction be labeled fact.

What follows is a completely honest report of the race I didn’t do (inspired, perhaps, by a story I dimly recall from the early ‘90s called “We Didn’t,” by Stuart Dybek). In accordance with the high standard set by my bike team for race/ride reports, I focus on the food, and provide the report in various versions, starting concisely before waxing verbose. 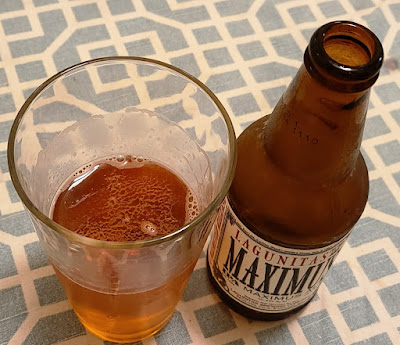 Conclusion: I have no reason to believe I will ever again have the fitness necessary to race a bicycle. As far as I can tell, life will not go on—not in any recognizable way. You might say wait, that’s not true, this COVID pandemic shall pass. To which I respond, perhaps. Only perhaps. Consider these words from the writer Vladimir Nabokov: “At best, the ‘future’ is the idea of a hypothetical present based on our experience of succession, on our faith in logic and habit. Actually, of course, our hopes can no more bring [the future] into existence than our regrets change the past.”

Non-Pre-race Dinner (the night before I didn’t race):

Breakfast (on the morning I would have raced)

During the non-race: nothing but half a bottle of water because my legs just kind of petered out halfway up South Park because I’m just so tired from the work week since my colleagues, newbies at teleworking, take all the time they would be commuting and pour it into working more, which in a perfect world would help everybody finish early, but instead everyone just launches more projects, generates more deliverables, and creates an overall culture that brings to mind that study NASA did of spiders given too much caffeine.

Unnecessary glycogen window treat: more ice cream because it’s so rare to have it around the house and even with one daughter no longer around, I better get the ice cream while I can; also a macaron that my daughter made, from a recipe that was incredibly complicated and took like a day but then a) the cookie was amazing, and b) what else is she gonna do with her time? 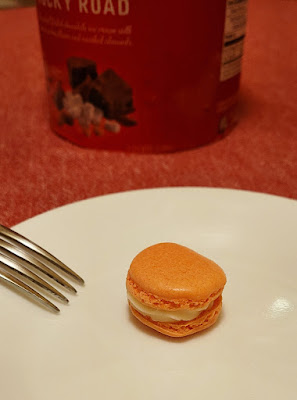 To my discredit, I was not very successful in looking around at the start and deciding who the fastest guy was likely to be, because there was no start line and no racers, not even myself. As soon as the race did not start, I didn’t get right on the wheel of the fastest guy, but if I had, he would have passed everybody during the slight uphill asphalt run-up to the dirt. I would have hit the single-track in second position, and then died on the guy’s wheel for a few minutes, and then the single-minded, sport-obsessed, totally unbalanced evil tech titan quasi-retired uber-fit bike bastards would have started passing me. It would have been a long race, four or five laps, and my strategy would have been to pace myself and wait for the guys ahead to start detonating so I could pass them.

If I were in racing form this year, that would make uphills a blast, obviously. I could be at the CCCX race and see a horrible 12% grade looming ahead, and I’d think, “Yeah! Bring it!” I’d look at the guys around me with something like pity. But of course I’m not in racing form; why would I be? I’m taking this shelter-in-place opportunity to develop the physique better suited to my current lifestyle: more like the shape of a Coke botte, or a bowling pin, or those inflatable clown bop bags or a Weeble that may wobble but it won’t fall down. That would stabilize me in my desk chair. Maybe if I can add some flesh to my face, I won’t look so gaunt, and thus so old, and after all nothing below my waist shows on a videoconference so why not develop a big soft woman-y butt? Perhaps an extra fifteen or twenty pounds would give me an air of gravitas.

Anyway, notwithstanding my new COVID physique, the non-race wasn’t too bad. I mean, how bad could it have been? I did find that on the climbs I wasn’t doing that I could, or perhaps couldn’t, put the hurt on any of the people who weren’t there. I’d heard these climbs described as “really long” but they seemed really short, as in actually literally nonexistent. It was a fun race, if only in my mind. But that’s actually overstating things. The race did not exist even in a reverie … this is the first time I’ve thought of it even hypothetically.

It’s been rainy in the Bay Area so there would have been several very deep puddles on the course that we’d have bombed through, sending water gushing up everywhere like one of those amusement park water rides. Oddly, only my trailing foot would get splashed. By the end of the race I would have had a drenched left foot and a bone-dry right foot.

On the last lap of my race, had there been one, I might well saw have seen this guy I’d remembered from the previous years’ races whom I’d have been chasing for the whole race (though most of the time he’d have been too far ahead to even see). His jersey would have said something pompous like “Woodside Beasts,” or some other rival high school team, meaning he’d be a coach too. I’d have started to close in on him on the final climb, right toward the end of the race. It would’ve looked like I wasn’t gaining fast enough and that he’d hold me off, except that I’d have been able to tell he was just dying.

I’d have dug deep, deeper, and deepest, and literally 50 feet from the end of the climb I’d have finally passed him. Damn, what a sucker-punch that would have been! He’d still be pissed off about it! The tricky part would have been holding him off on the fast, technical descent to the finish line. I’m not that great a downhiller because my wife would kill me if I crashed, but I’d have gone for broke, and presently on a narrow single-track section I’d have come up on a young high school girl who wouldn’t have been going that fast. I’d have realized that if I got stuck behind her, the Beast would catch up and surely pass me in the twisty bits near the finish line. On the other hand, there would be no place to pass except the thick bramble alongside the trail. Bramble is a notoriously tricky surface to ride on, because the ground can be really bumpy, even rock-infested, beneath the brush, and you won’t know until you’re on it. You could run over a rock, a beer bottle, a human skull, an empty bottle of hand sanitizer, maybe even a landmine because what the hell, this is all speculation anyway. I’d have taken the gamble, and though it would’ve been indeed bumpy—my bike would have heaved like a bucking bronco—I’d have made it past the girl, returned to the single-track, and never saw the Beast again.

After the finish line, feeling truly shattered, I would have been filled with the sublime feeling of having truly given it everything, so it wouldn’t have mattered how I’d placed—which would be good, because I would really have no idea about that. It’s better that way, I think, to decide how it went without worrying about the more or less meaningless matter of how I compared to those who happened to show up and race my category. Had they actually shown up. And had I.

But instead of being at peace no matter the result, I feel only a gap, a void, a lack, a profound sense of nothingness, the absence of any feeling about the race because there was no race, there was no course, there was no pit zone, there were no team tents or trailers, there was no podium and there was nobody there at all at Fort Ord, in the gentle dunes that would have been the course. Well, to be really accurate, surely there were hawks, and rodents, and earthworms, and it’s possible one or more of these creatures perceived something different this year, no groaning of cars and trucks and racers, no whirring and clunking of chains, no ticking of freewheels, no static-sound of tires on dirt, no cheering, no PA system, no nothing. This year, there was only—to quote the poet Peter Kane Dufault—“one huge hush the whole day.”