In two recent from-the-archives posts (here and here) I described my old job, decades ago, scribing HAZOPs for a consulting firm. While discussing those posts with an avid albertnet reader, I happened to tell the rest of the story: how I came to my senses and bailed on that job, going out in a blaze of … well, if not glory, at least a fireball.

As I recounted all this I realized the story of my departure made a pretty good yarn. Thus, I’m providing here the world premier of the rest of the story. (What follows is as true as memory permits.) 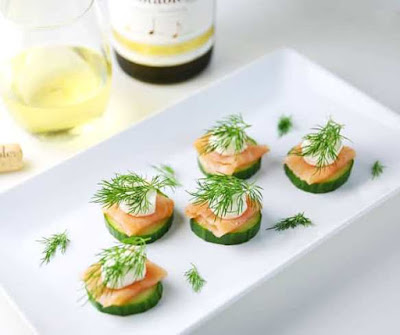 Eventually it dawned on me that my job wasn’t going to get any better. I was never going to finish a workday at a reasonable hour; our reports, comprising reams of paper in giant binders, were always going to be FedEx’d at the last minute, and I was always going to be sprinting down the sidewalk to the FedEx office mere minutes before they closed. We were always going to be facing a workforce shortage, and the entire staff would always be disgruntled. The cush local contracts were always going to be snapped up by a competitor or done in-house (in fact, we’d just bid on a job in Korea that, if we won it, would have me living in a hotel for several months). And perhaps worst of all, none of this would ever end, no matter how dicey things got, because petroleum companies have deep pockets, lots of things to HAZOP, and seemingly infinite patience for flaky consulting firms that overrun their budgets. It was time for me to look for a new job.

Actually, I’d already started looking, months before; the recruitment process (at the firm that still employs me) took over six months. This was awkward because my employer had switched to a business casual dress code but I needed to continually slip out at lunch for interviews, in a shirt and tie of course. I solved the problem by simply continuing to wear a suit, every day, while the rest of the staff wore khakis and polo shirts. When questioned by my incredulous colleagues, I replied, “I just think a suit is more professional.” To my great surprise, one of the engineers followed suit (no pun intended). This all worked out fine until I had an interview on a Friday, as I’d always observed my company’s “casual Friday” policy. I solved that one by packing casual clothes in my bag, changing into them in the bathroom after the interview, and dropping the suit off at the dry cleaners on my way back to the office. BAM!

Finally, the recruitment process (which included, bizarrely enough, a Computer Programming Aptitude Battery Test), finally completed and I was offered the new job, at an up-and-coming company that all the cool kids wanted to work for. Oddly enough, the very same day I received the offer letter, a colleague of mine (the receptionist) walked into my office, asked if I had a minute, closed the door behind her, and asked, “Do you have low self-esteem or something?!”

Bemused, I stammered, “Why would you think that?” She replied, “Because you’re still here! What the hell! You appear to have a pulse … why would you continue to put up with all the bullshit they pile on you?” I grinned and said, “Well, believe it or not, I have just received an offer at another company, after months of interviewing, and I’m outta here!”

“Thank God,” she said, clearly relieved. Now the only chore remaining for me (besides my regular workload, of course) was giving notice to the boss.

This would be difficult. For one thing, my boss was always on the road and barely ever had time to talk, so this would happen over the phone at his earliest convenience. Plus, he was the kind of guy who views everything that ever happens in the entire world as a series of win/lose propositions, and he couldn’t stand losing. Thus, I know he’d try to talk me out of leaving, even though I’d already accepted the new position. Fortunately, this would be our last real dialogue. History had shown that once an employee gave notice, the boss would basically never talk to that traitor again. The grudge was swiftly formed and never relaxed.

After trading countless voicemails over a day or two, my boss, D—, finally called with time to talk. This was at about 5 p.m. my time; he was a couple time zones ahead on a HAZOP trip with one of our senior engineers, C—. Now, I need to pause for a moment to describe C—. He was a brusque, stuffy Englishman with little patience for incompetence … and this was a trait he ascribed to almost everybody. My own start with him had been rocky, as he’d had to interview me (along with the rest of the staff) before I was hired. I’d been coached by my wife on how to interview: at the end, you should ask the interviewer point-blank if he or she has any misgivings about hiring you, so you have the chance to address them. When I put this question to C—, he retorted sharply, “Well I can’t see that you have any experience or qualifications of any kind!” Over the time I worked with him, though, I managed to win him over. In fact, he became something of an ally: since he considered so few people competent, he valued those who passed muster.

Sure enough, when I gave notice, D— put up a big fight rather than simply accepting my resignation and wishing me well. “How can you leave?” he demanded. “I just gave you a ten percent raise!” This was true enough; since my interviews had been going well and I didn’t want to blindside my boss with my inevitable departure, I’d trotted out a laundry list of grievances during my last review, and he evidently felt desperate enough to keep me that he got pretty generous with the salary. (This was a lot easier than resolving my grievances, after all.) But money isn’t everything; I told D— now that my decision had to do with overall career prospects. “How can you say that when the sky is the limit here!” he cried. I mentioned my lack of an engineering credential and he boomed, “Just look at J—! Last week she was a junior engineer … now she’s Director of Software!” This didn’t make any sense in this context, because she did have an engineering degree. And “Director of Software” simply meant managing our HAZOP software vendor, which a rhesus monkey could have done.

We went around and around for something like 45 minutes, by which time I had ceased to bother explaining myself and simply restated, again and again, that I’d already made up my mind. Finally the dreaded call ended.

A couple days later, D— and C— returned to the office, their HAZOP over. D—, looking in at me, stood there in the doorway for at least ten seconds, clenching and unclenching his jaw, like he was trying to decide whether to even say hi. Finally he walked up and said, “I just gotta tell you something. When C— got the news you were leaving, he was—he was devastated. I’ve never seen anything like it. He was so upset, he had to leave the room.” I was, needless to say, totally taken aback. I mean, this was a company that simply couldn’t keep people. It seemed like every week someone left, and some new guy started, like a revolving door. Could C— really have been that surprised? And to be that upset didn’t make much sense anyway … it wasn’t like I was the backbone of the operation or anything (though I’m sure I had the fastest time of anyone on the run to FedEx). I didn’t know what to say, and D— left my office without another word.

I futzed around at my desk for a while and then C— came in. He said, in his starchy British accent, “I just want to say thank you.” I assumed he meant for all my hard work over the last couple years, but I wasn’t sure and didn’t want to assume. “Um … for what?” I asked. He replied, “For a really great evening. You see, when you gave notice, D— and I were at a restaurant, about to have dinner. We ordered a nice bottle of wine and a bunch of appetizers and then he stepped away to call you. Well, he was gone a good while and in the meantime the wine and appetizers arrived. I didn’t feel like waiting so I just tucked right in. I ate one appetizer, then another, had a glass of wine and then another, and still D— didn’t come back, so I just kept going, and before you know it, I’d eaten all the appetizers and drunk all the wine! Still D— didn’t come back, and after all that wine I had to piss like a racehorse! I couldn’t leave the table, though, because the waitress would think we’d skipped out on her. Finally D— came back and gave the bad news, but I couldn’t sit around and listen—I had to run to the bathroom! I barely made it in time! But other than that, it was great … all those appetizers and all that wine, all to myself, and I didn’t have to make conversation or anything. So anyway, I just wanted to thank you for a wonderful evening.” With that, he turned and strode out of my office. Ah, I thought. All is explained.

In those days, when you gave two weeks’ notice you actually did work for two more weeks, rather than being immediately escorted from the office by a security guard. Thus, I had a chance to help recruit and train my replacement. He seemed like a good guy and in fact held a law degree. He seemed to hit it off just fine with most of the office, though one colleague said, “Wait, that’s the new technical assistant? He doesn’t look anything like Dana!”

During my final two weeks I continued to wear a suit and tie, because I didn’t want D— to realize just how long I’d been interviewing (i.e., deviously planning my departure). The new guy wore a suit too, which I chalked up to his being new and wanting to make a good impression. But months later, I came back to the office to visit (and to buy one of their old computers), and this guy was still wearing a suit, despite the whole rest of the office being dressed business casual. I asked him why, and—looking confused—he said, “I just think it’s more professional. In fact … didn’t I get that from you?”