From the Archives - Starving Little Student

I just paid for another quarter of tuition, room, and board for my older daughter, a college freshman at UC Santa Barbara. I find it impossible to lay out that kind of cash without reflecting on how different her scenario is from my college days. About 31 years ago, I was also heading into my second quarter as a UCSB student, and realized that after paying for my tuition and books, I was basically out of money. I’d been saving for college since I was a kid, working all kinds of jobs (mostly in bike shops but also at a factory and a radio station) and now those savings had run out. Distraught, I wrote this little poem, perhaps as a hint-hint to my parents. 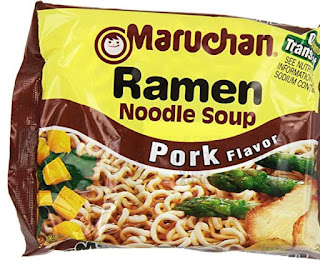 My poem is a rip-off of, or (as I saw it at the time) a tribute to, the Simon & Garfunkel song “Sparrow.” At the time, I thought the first line of that song was “Ooh, lovely little sparrow” but I have just learned it’s “Who will love a little sparrow?” I guess my error made this line easier; the more direct ripoff/tribute— “Who will starve a little student?”—wouldn’t make much sense. Not that “little student” really fit either; I was 6 foot 3 and about 180 pounds and had a very high—and thus expensive—caloric need.

This is a little joke: the original line was “cries for rest.” Speaking of rent, it was definitely my biggest expense: to share a one-bedroom apartment with two other guys cost me $250 a month, and tuition back then was only about $500 a quarter.

Actually, if my dad had only refused to give me money, that wouldn’t have been so bad. But as I discovered when I applied for financial aid, he was meanwhile declaring me as a dependent on his taxes (even though I hadn’t lived in his household in over four years). Thus, I couldn’t get any need-based financial aid because it was assumed I was getting support already. Nice.

I realize these are ungenerous words to put in my dad’s mouth, and to be honest I don’t think he found me stupid. (That said, there is a long-running family dispute about whether or not, after I’d done a 130-mile bike ride as a teenager and got caught in a thunderstorm, my father said to me, “You’re not very bright, are you.”) What frustrated my dad was my choice of major (English). He was kind of ahead of his time in promoting the incorrect notion that anybody who possibly can should study STEM.

This clunky word order is a classic failing of my early poetry. I grasped at some point that poets are technically allowed to put the verb at the end of the sentence, after the object. In fact, I probably thought this made me sound all fancy and literary. Don’t worry, I do realize now how terrible it sounds. It was just a convenient way to get the rhyme and meter right. I should have tried harder … for example, I could have written “I won’t let you have a free ride—God forbid!” It’s tempting to just go back and fix it now, but that would be cheating. Plus, I want you to give me credit for progressing as a poet. (I know—like you care!)

In my mom’s defense, she had remarried, and my stepfather—whom we called “the landlord” because that’s how she met him—was kind of a dick. She was loathe to ask him to help me out financially and no longer had her own income. (He was pretty loaded so she no longer needed to work.) To his credit, he did end up supporting me to the tune of $120/month for nine months out of the year. Not a huge amount of money, of course, but it was better than a poke in the eye with a sharp stick, and it obviously wasn’t his duty to give me anything.

It was a very bitter divorce and in fact the idea of being my sole financial supporter did inflame my mom. It wasn’t uncommon for my brothers and me to fall into this parent-vs.-parent chasm. My brother Geoff never did get money from our parents, and was almost literally a starving student. He got by on meals that a friend of his would filch, daily, from her sorority house.

Line 11 – who will take pity in his heart

I lifted this line verbatim from the Simon & Garfunkel song, which is laziness at best and borderline plagiarism at worst. And as you’ll see, it makes no sense in context.

This is easily the weakest stanza in an already unimpressive poem. It’s not like I was trying to get food stamps or something; government student loans would have been more appropriate to mention in the second stanza. And since when does the government—any government—have a heart? They operate based on policy, not feelings like pity. This is all great evidence of why I didn’t deserve a merit-based scholarship.

And here it is, ladies and gentlemen: the very worst line of the poem. It’s a disgrace. First of all, common sense tells us it’s the missiles themselves, and the airplanes and aircraft that launch them, that make military spending so high. Silos can’t be a big part of that expense. Meanwhile, the meter is all screwed up here, obviously, because “silo” is trochaic (i.e., the stress falls on the first syllable) rather than iambic (i.e., stress falling on the second syllable) which is what’s needed here. Instead of lazily settling for such weak phrasing, I should have written, “Big funding for schools? A bad stratagem. We need all our budget for ICBMs.”

I guess the idea here was that I would have to drop out of college. That’s a bit of exaggeration, of course. I just needed a part time job. God, what a drama queen.

Factually, it really was hard for me to find a suitable job. I managed to get a bike shop job in Montecito, but my commute was 17 miles each way by bike, just to work a four-hour shift. For the first week I had the job, it poured rain every day so I’d show up drenched. My boss seemed to take pity on me and simply took me off the schedule without formally firing me. I passively declined to complain and the job just kind of ended. I really needed a job on campus, but those were mostly reserved for kids on the Work Study program. I was not eligible for this program because of my dad’s income level. Thanks again, Dad! I wonder how much he saved on his taxes with that little make-believe dependent trick. Probably like $100. (Note: I am not bitter.)

Why is “Shop” capitalized here and not “Government” in line 13? I guess it’s because I was trying to make “shop” a proper noun since I couldn’t make “bike shop” fit in that line. So, so sloppy. Please—don’t judge. I was under a lot of stress. I was broke.

Another ripped-off line from the Simon & Garfunkel song, which of course doesn’t really fit because the job I ended up getting was at the Associated Students Bike Shop, which didn’t sell bikes. That is to say, the bikes were created elsewhere, so being taken to this shop for repair wasn’t a return in any sense. I should have worked with the idea that I myself was returning … as in, returning to my roots since this was the sixth bike shop I’d worked at.

It was a pretty cool job, though. Because this was through the Work Study program, the shop was required to be really flexible about my class schedule. Like, if I had a midterm or something I was automatically given time off. And I could be in the middle of a repair and when it was time to head to class, I could just walk away. I was also permitted, and to some degree encouraged, to show customers how to fix their own bikes. Why “to some degree”? Well, my supervisor hated it when I spent more time with the good-looking coeds than with our male customers. (This wasn’t just personal preference; for reasons of ego many of the dudes didn’t like being shown anything.) My supervisor bawled me out a lot for this attention imbalance but he wasn’t my manager so I just smirked.

“But wait,” you’re thinking (if indeed you’re still reading), “I thought you couldn’t get Work Study?” Well, my manager cut me a deal. He said the shop is supposed to pay half my hourly rate, and the University the other half. Since I didn’t qualify for the program, I couldn’t get any money from the University, but if I was willing to work for half the normal pay, he’d take me on. Score!

What did I mean “‘a mechanic you’ll be’”? I already was a mechanic! That’s why they were willing to hire me! It’s a good thing I didn’t try to recycle this poem as some kind of class assignment…