As I close out 2021, I thought I’d give my readers a little quiz. You can consider this open-book (because after all, how could I police this anyway)? Or, for an extra challenge, try it without peeking.

(Don’t worry, you don’t have to wait until next week for the answers … they’re right down at the bottom of the post.) 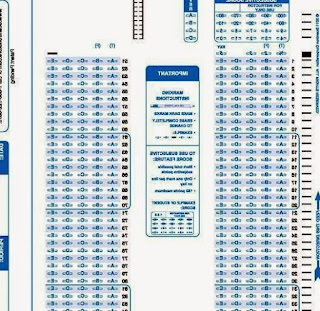 a) Diana (Gal Godot) got all soft and mushy as soon the love interest, Steve Trevor (Chris Pine) arrived; she stopped being badass and was mainly clingy and needy, pining for him (I know, bad pun, I couldn’t resist), which was distracting and annoying
b) Diana stubbornly refused to give up Steve, though this was necessary in order to save the world (according to the absurd logic of the so-called plot) and wasn’t until Steve sternly mansplained the whole thing to her that she fell in line, as if it takes a man to save the world, even when he’s not a superhero
c) It’s totally unrealistic that a woman as gorgeous as Diana would wait for forty years for her sweetheart to reappear rather than moving on, and it’d have been so much cooler if Steve had shown up suddenly in 1984 only for Diana to say, “Uh, sorry Steve … I’m actually in a relationship”
d) The female villain in the movie was meek, nice, and nerdy until she gained her powers, which consisted of being charming, beautiful, and strong, at which point she instantly became evil as well, as if the natural consequence of empowering women is that they become total bitches 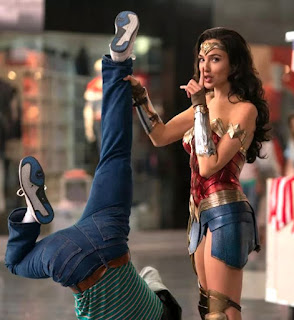 2. Why is a low-sodium diet not necessarily for everyone?

a) Modern life has people working too much, exercising too little, eating a lot of crap, and then trying to undo the damage by eating less salt … nice try
b) When I surveyed my bike team, 17 of 23 responded that they don’t worry about limiting their salt intake, and yet we’re all very healthy
c) Added salt is not a major contributor to hypertension; the salt in processed foods is more often the culprit, and these are the foods we should all be avoiding anyway due to their trans fats, nitrates, refined flour, etc.
d) Sometimes a little salt goes a long way, like regular peanut butter that has only 6% of the recommended daily value, whereas low-sodium peanut butter is so disgusting I’d rather eat my scabs … and in fact I’d almost rather eat your scabs 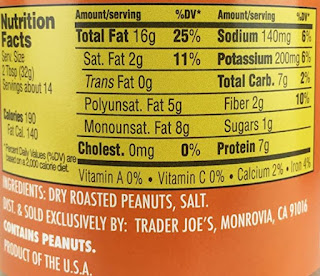 3. Knowing what we now know about football, and looking back at the NFL’s lawsuit against M.I.A. for flipping off the camera during the halftime show, their lawsuit is absurd because…

a) These halftime shows are so lame, the scandals (like this one or Janet Jackson’s “wardrobe malfunction”) are really the only even slightly dramatic or exciting things fans ever get to see
b) Innocuous gestures like the flipping the bird are nothing compared to the domestic violence committed by football players, which the NFL happily tolerates as detailed here
c) The NFL has a long history of turning a blind eye to the rampant concussions suffered by their players and took great pains to block research into the problem, so they cannot claim any moral high ground
d) Football fans, being remarkably tolerant of all this, should totally be able to handle being flipped off 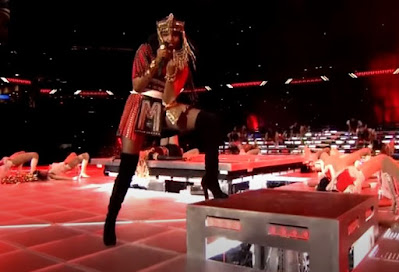 4. Primoz Roglic’s come-from-behind victory in Stage 7 of the Paris-Nice cycling stage race was actually kind of lame because…

a) Despite having already totally stomped all over his rivals for the GC, Roglic needlessly passed up Gino Mäder, a young pro who had launched a very brave breakaway and would have achieved his first-ever WorldTour victory if Roglic hadn’t cruelly nipped him at the line, thus crushing his dream
b) Roglic did this great big alpha-male victory salute as if this were the most impressive victory of his career when really it didn’t matter much, this being such a minor stage race for a rider like him
c) The way he punched the sky, it was just so tone-deaf, bringing to mind the smarty-pants kid in the classroom who’s constantly putting his hand up and, when the teacher ignores him, raises it higher, higher, higher, so his shoulder is raised, half his butt is lifting off the chair, and he’s going “Ooh, ooh, ooh” and can’t figure out why the teacher won’t call at him yet again
d) We’re all kind of tired of Roglic anyway a) The two people had to be in fairly close proximity to each other (within about six feet)
b) There had to be a lack of good air flow (e.g., the two had to be indoors without much ventilation)
c) The exposure had to be fairly prolonged (e.g., more than just a few minutes)
d) The people had to not be wearing masks 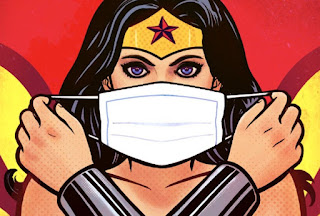 6. Which of the following is a totally legit Tom Swifty?

a) “Nice boobs!” Tom tittered
b) “Lousy dog doesn’t even have a pedigree,” Tom muttered
c) “Denmark is full of assholes,” Tom said disdainfully
d) “Oh dear, I can’t get it up,” Tom said softly 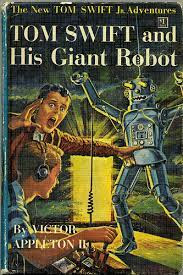 7. What was interesting about the post-race interviews at Stage 9 of the 2021 Giro d’Italia?

a) The ever-stoic stage winner Egan Bernal said, “It may look like I’m crying right now but those are just raindrops, or maybe snot”
b) Geoffrey Bouchard, who had gotten passed with only 400 meters to go after a daring solo breakaway, said, “I hear Bernal has been sleeping with my girl as well”
c) Bouchard said, “My dad just texted me, ‘You’ve always been a loser, son,’ so my disappointment is absolute and my pride irrevocably shattered”
d) Both interviews were embellished if not outright fabricated by a playful blogger 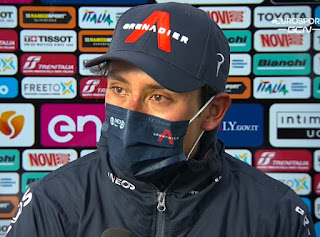 8. What was interesting about the post-race interview at Stage 9 of the 2021 Tour de France?

a) The interviewer said to winner Ben O’Connor, “You’re a little glassy-eyed … are you gonna start crying now, like a QuickStep guy?” and O’Connor replied, “I think I can avoid that … I’m able to control myself better [than when I crossed the line] and I’m not yelling ‘yay’ anymore”
b) When the interviewer said, “Walk us through that victory salute, where you clapped your hands like a little girl at a birthday party,” O’Connor replied, “I went into that victory salute completely unprepared—I wasn’t meant to be in the break, I screwed up, I didn’t know what to do, then I heard we had three minutes, four minutes, five minutes, one fish two fish red fish blue fish, it was a mad stage, conditions were atrocious”
c) O’Connor said, “At the end there, I had to not panic, and when you think you’re gonna win a stage you can freeze up, and … look at me, dammit, I am starting to cry”
d) It’s possible the entire transcript of the interview was fabricated out of thin air 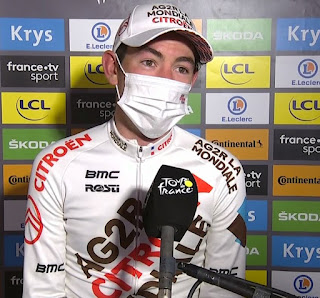 9. It can be argued that the metric system is not actually superior to the imperial, aka US customary, system of measurement. How?

a) Celsius is inferior because the units are too large, and because its scale goes beyond the temperatures generally experienced by humans, such that part of the scale (38 to 100) is wasted, and to express very cold temperatures you have to go into negative numbers, which is awkward
b) There’s no arguing that 60 mph—that is, a mile a minute—is a really handy mnemonic, since it’s roughly the speed we drive on the highway, so a destination 300 miles away will take 300 minutes to reach; no such mnemonic exists in the metric system
c) The metric units of weight, kilograms, are too large to be precise, and since a majority of Americans would like to lose weight, the units are demoralizing because who wants to forgo snacks for a whole week and only get to say, “I boy, I lost a whole half-kilo!”?
d) Base-10 is overrated because it lacks sub-multiples, so it’s poorly suited to calculating quickly in your head via fractions, which is why we don’t have a base-10 system for measuring time 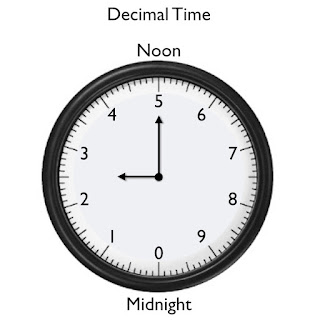 10. What is the key to making good guacamole?

a) Don’t put sour cream in it
b) Don’t mix it in a blender—just roughly hack it up so it’s nice and chunky
c) Don’t use inferior ingredients—the whole idea is that Mother Nature makes the guac great so long as you don’t screw it up
d) Don’t add peyote, even if the characters in Oscar Zeta Acosta’s Autobiography of a Brown Buffalo spiked their guacamole with it (and note that Acosta himself just said no) 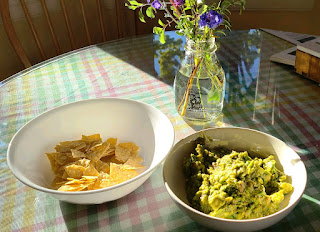 11. This year’s Paris-Roubaix bike race was particularly fun to watch because…

a) It was raining so with all the wet cobblestones and the dirt turning to mud, it was slicker than snot and there were tons of crashes
b) Gianni Moscon, who is a total scumbag who’d been in the news a number of times for misbehavior ranging from racial slurs to deliberately crashing a rider to getting a tow from the team car to punching a rival to throwing a bike at another rider, was off the front solo for a good while before falling on his ass, which made the race feel like a morality play
c) Sonny Cobrelli celebrated his victory with the most over-the-top hysterics in the history of the sport, shaking his bike at the sky as if daring the gods to defy him, throwing himself on the ground and howling like an animal, “BAAAAAA-HOO-HOO-HOO! BAAAAAA-HA-HA-HA!” and generally carrying on like he’d completely lost his mind
d) Cobrelli, when chided by the post-race interviewer for having mud on his face, replied, “No, you’re mistaken, this is an oatmeal facial mask; you see, it’s important to rehydrate your skin after a tough race like that, and oatmeal is a humectant, which means it helps the skin retain any moisture added to it, and meanwhile, oatmeal has naturally occurring glycolic acid, which effectively exfoliates dead skin cells and speeds up cell turnover, so you’re left with softer skin, less visible pores, and a more glowing and dewy appearance” 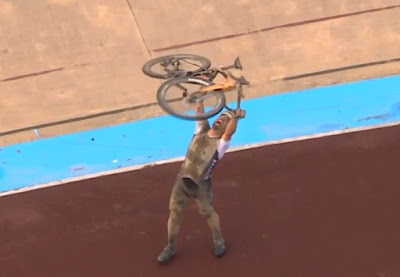 12. Which of the below products, promoted as a gift during the 2021 holiday season, is mind-bogglingly lame?

a) The aromatherapy candle, “poured [by] skilled artisans in the USA using only premium and cleanest soy wax available,” and “ideal as an aromatherapy candle or relaxing candle for yoga, meditation, and stress relief” and, best of all, “decorated with a cute, fun, adorable, and always heart-warming message of assurance,” which says in giant bold letters on the label, “I’D SHANK A BITCH FOR YOU RIGHT IN THE KIDNEY”
b) The smartphone-controlled coffee mug that enables you to set the temperature of your coffee remotely and even to set up alerts in case your coffee is in another room, since it’s simply not practical to just throw your coffee in the microwave for 20 seconds if it cools off too much
c) The clock that shows the hours and minutes as math problems you have to solve, so that you have to stop, shift gears, waste valuable time calculating the hour and minute, and then spend more time trying to calm back down because you’re pissed off now about having had to do all this
d) The $995 Gucci shoe/slipper that is a leather dress shoe in the front and a fur-lined slipper in the back, like what Chewbacca would wear if he went to prom 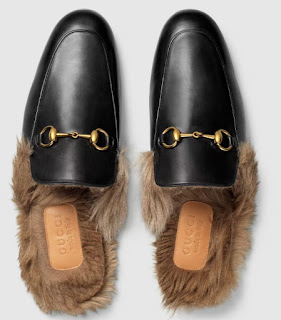 Great job, you made it to the end! Let’s see how you did.

Guess what: all answers are correct, thus I congratulate you on a perfect quiz! You are clearly a very astute reader of albertnet, and I hope you’ve enjoyed this blog for the last twelve months. Come back next year and pay close attention, because some of my upcoming posts are gonna be on the test!