A couple of successful bloggers have advised me that my posts should always include a vlog version. I think this advice totally makes sense if the blogger is really good looking. As for myself, I’m a bit skeptical anyone could really enjoy this, but I’ll do my best. Tip: the below vlog is also a podcast if you don’t look. And it becomes a regular old blog if you scroll down.

In years past in these pages, I’ve offered general suggestions on how to formulate New Year’s Resolutions. Well, it never worked … the closest I’ve had to getting a comment like “this changed my life!” is “This unique in fact perhaps even a very good arrange that i believe it or not in fact really enjoyed looking into. It is not necessarily consequently routine that i range from the substitute for verify a precise detail. trusted medicine.”

So this year, I’m taking the cast-a-wide-net approach: I’ll just throw a ton of suggested Resolutions out there and maybe a few will grab you. It’s kind of like the speed-dating concept.

Stop worrying about cultivating your “personal brand.” Consider that every so often a winery tries to produce a really special wine but loses their nerve at the last minute, and releases it under a fictitious label, only to see that wine win all kinds of awards. Shouldn’t your intrinsic value, if any, also speak for itself?

Do you live in a community that sets up outdoor tents to get around the pandemic-instituted prohibition on indoor dining? This is exactly like tenting a house for termite mitigation, except instead of fumigating with poisonous methyl bromide they let diners bring their own coronavirus-rich CO2. This practice is pretty much Kevorkian. They should call them Superspreader Tents. Don’t go in there. 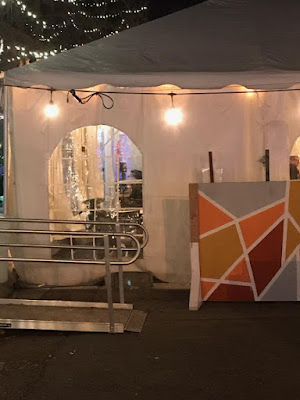 Stop reading the instructions on the shampoo bottle. This product is just not that complicated. Really … you’ve got this.

Stop syncing up your loud belches and/or bursts of flatulence with fist pumps, as if you were cranking them out. Family members witnessing your little spectacle probably don’t find it nearly as funny as you do. I suppose you could resolve to do this only when you’re alone, but really … ask yourself if that makes any more sense.

Stop calling things “hacks” that don’t represent a major circumvention. If you use yogurt instead of butter in box mac ‘n’ cheese, that’s not a hack. That’s a tweak. Using the uncooked elbows for your kid’s art project, and then using the powdered cheese mix as a propellant in an improvised explosive device—now that’s a hack. I hasten to point out that I don’t advocate building IEDs. For that matter, I don’t advocate box mac ‘n’ cheese.

If you find yourself short of breath while eating, you might be going too fast. Another sign is if you keep getting grains of rice or short bits of noodle caught in your nasal passages. Considering eating a bit more slowly.

Crickets themselves are fine. But saying “crickets” to draw attention to a general lack of response to something someone has said (e.g., a joke) is both hackneyed and stupid. Just be frank: “Clearly nobody is very impressed with you. I hope you feel bad about yourself. I, meanwhile, am quite clever.”

Did you know that the COVID pandemic has sped up global digital transformation by at least ten years? Wait, come back, I’m sorry, I was blathering ironically!

But seriously: we might as well face the fact that videoconferences aren’t going anywhere. So how about mastering the mute button? So you know at all times whether you’re muted or not? So you don’t ever have to say, “Sorry, I was talking on mute”? And nobody ever has to say, “Bob, you’re muted”? And so nobody hears you bawling out your kid or your pet? Practice a lot, do drills, hold a clinic, I don’t care what it takes—just become aces at this because things are really getting annoying.

When you scoop the wad of hair out of the bathtub drain before your shower, stop throwing the wet clump at the tile wall where it will stick. If you’ve been doing this for fifteen years and your family members still haven’t taken the hint, they’re not going to. Just throw the wad away, or better yet, recycle it.

If every single thing you recommend is the most amazing thing ever, you may be overdoing your enthusiasm. Consider ratcheting it down a bit: instead of “Oh my God, you have got to try their burger,” consider something like, “I really think you should try the burger.”

Look, vegans, I grant that you have the moral upper-hand. But please, no meat-shaming. Meat is just a weakness I have. Besides, by insisting on grass-fed beef I’m helping to create a market for it, to gradually shift the ranching industry. What example are you setting? Carnivores just think you’re crazy!

Stop eating pizza with a fork and knife, even if it’s deep-dish. Consider that Miss Manners gives you her blessing to eat asparagus with your fingers. Pizza is finger food. So what if you make a little mess? That’s what napkins are for.

When you order takeout pizza, ask them to cut the pie into 12 slices instead of just 8. This makes it easier to share and may slightly increase your chances of having leftovers. (Note: this is not a “hack.”)

Make a playlist of calm, mellow songs to listen to before bed. This probably won’t keep your dreams from featuring hard rock or heavy metal soundtracks (which is likely a sign of too much stress in your life) but it’s worth a shot.

When emailing a colleague you don’t know very well, whose name is Michael or Christopher or Elizabeth, stop fretting about whether you should be addressing him or her as Mike or Chris or Liz. If this person can’t put his or her preferred name in his or her auto-signature, that’s not your problem. Also, if you have an Aussie colleague who has always gone by Mick but suddenly wants to go by Michael, probably in an effort to be taken more seriously, don’t give him the satisfaction. Keep calling him Mick. You’re grandfathered.

When you fill a carafe or bottle, and the rising water makes a slightly flute-y whooshing sound that gets higher in pitch as the level rises, stop pursing your lips as though they were making the sound. This is ridiculous and if your fiancée saw you doing this she’d break off the engagement.

What do you do?

Have an unhelpful answer all staged up for when someone asks you what you do for a living. Some examples:

Then, turn it around with a more direct version of the same question: “What good are you?”

When you put on a jacket over a sweater, hold down the cuffs of the sweater sleeves with your ring and middle finger. Otherwise, the sleeves will get all bunched up. If you don’t grasp what I’m saying, watch any child put on a jacket. They’ve all figured this out for themselves; what’s your problem?

Stop humble-bragging about your kid(s). Humble-bragging is still bragging. In fact, answering a simple question honestly can still be bragging. If somebody asks where your kid is going to college and the honest answer is “MIT,” you cannot answer honestly without being boastful. And don’t settle for a dodge, either. If you say “near Boston” that’s still bragging because you know what the next question will be. The only acceptable answer is “He’s enrolled in the DeVry Technical Institute,” even if it’s not true.

Stop using the term “bucket list.” It’s lame. And no, adding air quotes doesn’t help. Just stop. We don’t even need this phrase because nobody is actually very interested in things you hope to do during your lifetime. Get over yourself.

Before you record your vlog, do a 10-second trial recording and scrutinize it to make sure you don’t have a weird, wiry, paper-white hair growing right out the edge of your ear, or conspicuous dandruff on your dark garment, or anything else that’s grossly human. Also, as you record, resist the temptation to periodically moisten your lips with your tongue, which makes you look like a frog. In short, don’t make your vlog any more painful to watch than it has to be.

Stop beating yourself up over indulging a silly superstition, like not putting a hat on a bed just because you watched Drugstore Cowboy back in 1989. Yes, superstitions are silly, but as habits go they’re pretty harmless, so why waste brain cycles worrying about it? Just don’t embroil others in your superstition. Keep it to yourself.

If you need to sneeze while using an oral thermometer, take the dang thing out of your mouth and cover your face completely. Trying to keep the thermometer in and just cover your nose isn’t going to work—no kleenex can withstand that kind of focused spray. Yes, you’ll have to start all over again taking your temperature. That’s just how it goes.

Stop fretting about using “cheers” to sign off an email even though you’re not British. We Americans stole the rest of their language; why shouldn’t this expression be fair game too?

Here are some less flippant suggestions:

Is there actually any point in this annual ritual? Has anybody ever stuck with his or her Resolutions? Well, I looked back at my own from last year, fearing the worst, and was surprised to find that I’d stuck with some of them … sort of:

Here’s a Resolution my brother Max suggested last year, which was prescient to say the least:

Be alone with someone else who likes to be left alone and leave each other alone.