This early rising habit … is it so you can watch the sun rise?

That’s a nice idea, but honestly, I can’t say that I do. It would be pretty hard to swing that, as the timing is a moving target and I need to keep my routine, well … routine. But once in a while I do luck out, such as this morning. (I wish I’d reached Inspiration Point just a couple minutes sooner, actually…)

My wife says I could become a morning person if I just “applied myself.” I say morning people are born, not made. What’s your take?

Did you know that the average morning person’s hematocrit is more than 10% higher, her lactate threshold more than 5% higher, her IQ at least a dozen points higher, and her eyelids 15% thinner than those of a non-morning-person? No, of course that’s not true. Look, there’s no special talent for getting up early. Your wife is right … it’s possible some people take to rising early more easily than others, but anybody can do it.

Are you a caffeine addict or are you lying?

That’s kind of a loaded question. First off, “addiction,” as the term is most commonly used, implies that the psychological or physical dependency is on something that produces adverse consequences. Being aware and alert, of course, is a good thing. Meanwhile, if I go without coffee I do miss it, in the sense of not having something I enjoy, but I don’t get a headache or anything. Where caffeine gets a bad rap, I think, is when people use it in place of sleep, in which case they build up a tolerance to it and need increasingly high doses, like you see with classic drug addiction. Myself, I have a big mug of coffee first thing in the morning and another in the early afternoon and that’s about it.

(Of course, I could be lying … whether to you, to myself, or both. And it must be said, coffee is, so often, the lynchpin of a morning person’s routine.) 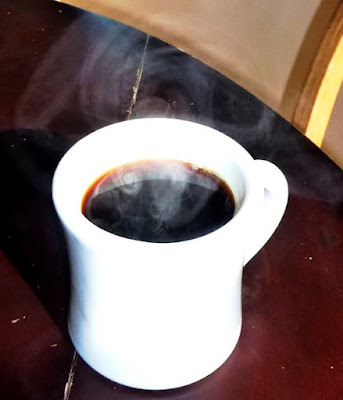 Are all morning people as insufferably self-satisfied and annoying as you are?

No, I’m particularly bad. That being said, we morning persons probably just seem annoying to thin-skinned late-risers with chips on their shoulders. Like yourself, apparently.

I am fascinated by the very idea that anybody willingly gets up early on a regular basis. Is this like some pissing contest among you freaks? Do you, like, get together at Morning Person conventions and brag, share tips, etc.? And what’s the most extreme case of morning-person-ism you’ve encountered?

If there’s a National Association of Morning Persons, I’m not aware of it. Look, we’re not like superheroes or anything and there’s no accreditation involved. Some people get up early on a regular basis, that’s all. As for as the most extreme case, my family did a house-swap with some Glaswegians some years back, and the window blind in the master bedroom was obviously brand new and installed for our benefit. The first time I tried to use it I pulled the whole thing down, because the anchor screws were only like half an inch long. I didn’t get around to buying proper molly bolts and reinstalling the blind until the end of our stay, meaning we were awake with the sun every morning for two weeks. That was brutal: Glasgow is so far north, civil twilight started at like 4:00 a.m. The fact that this family didn’t see the need for blinds or curtains demonstrates their commitment to early rising. (For the record, yes—both the husband and wife are total world-beaters.)

In a previous column, addressing the ubiquitous soul-crushing torpor suffered by many morning persons, especially us middle-aged ones, you called out caffeine as the single greatest coping mechanism available. That’s all well and good for you, but I can’t have coffee—my wife won’t let me. She says it’s “bad for you.” Any advice for me?

It really sounds to me like your wife could be an honest-to-God sociopath. No scientific study has ever proven that coffee is a risk factor for any disease. In fact, efforts to link coffee with health problems invariably end up showing that it actually decreases the risk. As documented in this article by the Harvard School of Public Health, coffee consumption has been shown to lower the risk of cancer, type 2 diabetes, heart disease, depression, Parkinson’s disease, gallstones, and early death. (The only established health “risks” associated with coffee are insomnia and jitteriness, which are easy to avoid if you’re not an idiot.) Assuming you’ve already tried to reason with your wife and gotten nowhere, you should seriously consider leaving her. She sounds crazier than a pet raccoon and possibly evil.

I made a new year’s resolution to exercise in the mornings before work two to three days a week, and so far I am just not sticking to it. I’m sure you get this question a lot, but do you have any advice for people like me?

First off, I’m really impressed that you’re still working on your resolution this far into the year. Now, as far as tips and tricks, I’ll give you my three favorites.

My husband really likes to unwind by curling up on the couch with me to watch a movie before bed. I enjoy this too, but by the time we’re done with dinner and the dishes, it’s usually at least 9pm and—being a morning person—I want to start getting ready for bed. I don’t want to be antisocial but I need my sleep. Any pointers here?

Ah, that’s a tricky divide … you sure don’t want your useful habit to mess up your marriage. I deal with this a bit myself. I have two suggestions. First, instead of a full-length feature film, you might try a comedy show (there seem to be an infinite number of them) that runs under half an hour. (When your husband begs you to watch a second one, relent.) Or, you could kill two birds with one stone and sleep while “watching” the movie. Good cinematic choices for this second option include Andrei Rublev, Last Year at Marienbad, Melancholia, 2001 – A Space Odyssey, and Remains of the Day.

Is it possible for a teenager to be a morning person? My kids are never out of bed before 9 or 10 during the summer and they’d probably sleep until noon if I let them. My friends say their teenagers are just the same and this is perfectly normal. In fact, a few years ago our school district pushed out the start of the school day by an hour based on recent studies about fundamental differences in teenagers’ circadian rhythms. So it seems impossible for them to do what you do, i.e. rise before dawn.

That’s all nonsense, and another sign that our youngsters are being needlessly coddled by well-meaning but maladroit parents. Haven’t you ever read Farmer Boy? Myself, I had a paper route as a kid and got up at quarter to six every morning to earn less than two dollars. Not only was it doable, but it was a hell of a lot easier then than it is for me now. These modern kids have really had their way with our modern parenting cohort, convincing us that permissiveness is good parenting. Don’t get me wrong, my own daughters sleep in late too, but I don’t kid myself that this is Mother Nature’s intent.

Be honest … don’t you look down your nose a bit at us non-morning-people, who waste the best part of the day sleeping?

If I were to look down on people with different habits, I’d have to first establish that they’re accomplishing less than I am, which is a pretty absurd assertion. So if non-morning-people are able to get everything done and still get to sleep in, I actually envy them!

It’s also a bit tricky to call these early morning hours “the best part of the day.” When I do my bike rides just before dawn, it’s cool and foggy whereas I’d much rather ride in the warm sun. That said, some aspects of my routine have kind of grown on me. For one thing, before I head out I’ll often get a few minutes of quality time with my cat, who is normally too twitchy to spend much time in my lap. Also, the regulars I see along my cycling route are amusing. There’s this one baby-faced guy in a neon green safety vest I always encounter along Wildcat Canyon Road, walking along the other side of the road toward me, and although I’ve greeted him with a slight chin nod and a quiet “Mornin’” many hundreds of times, he refuses to acknowledge my existence … he just continues on his way, wearing a contented Mona Lisa smile. There’s also the incredibly old woman, all bent over with a cane, I see walking, also on Wildcat, practically every time I ride. She’s gotta be in her nineties, making her way along the edge of the road. And then there are the middle-aged twins on their road bikes, grinding along slowly, never together, usually one a couple minutes behind the other, both looking grim and resolute, and never returning my greeting. I’ve seen these two along my route for more than twenty years and they’ve never been together. The closest I’ve seen was just last week, when they were neck and neck but one was riding all the way over on the wrong side of the road, as if refusing to be anywhere near her sister.

I find these people charmingly bizarre and bizarrely charming. But I can’t look down at my nose at you for missing this because it’s pure blind luck that I have these people in my lives … I could not have engineered this situation, and for all I know the late morning or early afternoon randos are even more uplifting.

Will you always be a morning person?

No. As soon as I reach retirement, I’m gonna start sleeping in! 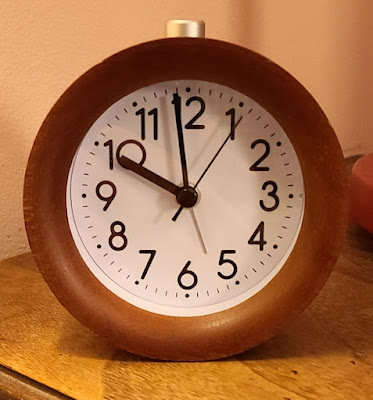