As you may have seen last week, I’ve appended my original workout music playlist (from years ago) to include a bunch of new songs. Well, not actually new, and not always even newer, but stuff I more recently realized is just perfect for exercising to indoors. I got to half of these tracks last time, and here are the rest. It’s not just a list, but also the liner notes: not the ones from the musical artists, which would of course be plagiarism, but my notes on why I like a song and/or anything else interesting about it.

I’m also including, as an appendix, the complete list of all my favorite workout songs since I originally started this project. Enjoy please enjoy. 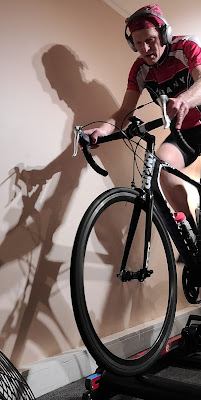 The first few White Stripes albums were amazing, but then their fifth album pretty much sucked. Critics seemed to like it, but screw them. I almost gave up on this band but then went ahead and checked out “Icky Thump,” their sixth (and alas, final) album. Daaaaaamn! The whole collection is kickass! Pretty much any of the songs on it would be a solid addition to your megamix, but this track, along with 300 MPH Torrential Outpour Blues and Martyr for my Love for You, are particularly good.

This song has it all: it’s fast, it’s funny, it rocks, and it somehow puts me in touch with my inner hipster while mocking hipsters and making me relieved I don’t seem to have an outer hipster. I think it takes a pretty special song to do all that.

Okay, so Sia is one of those acts I decided to check out because of an Eminem song. I liked her background vocals in Beautiful Pain so I checked out a Sia disc. (Yes, an actual disc, as I’m a Spotify newb.) My first impression was wow, she really needs a better songwriter (e.g., someone like Eminem). Her lyrics are so repetitive and uninspired. At the same time, her songs do have a good energy, and half the time riding indoors I’m cross-eyed and brain-dead anyway, and upon reflection I have concluded that this song, and others on her “This Is Acting” album, are perfect for indoor workouts. Also, one of her concert tours was called “Nostalgic for the Present,” which I think is clever (in an albeit cynical way).

For many years, I thought “Down on the Upside” was Soundgarden’s final album. They’d been releasing an album every couple years during their heyday, and then they broke up, and I thought that was that. Well, while I wasn’t looking, they quietly got back together and recorded “King Animal,” after a sixteen-year hiatus. This album almost passed me by completely, but a couple years ago I came to wonder (for reasons I can’t recall) if the novel Pale Fire by Vladimir Nabokov might have been an influence on the band. I researched this a bit and though I never found anything to support my theory, I did come across this last album and discovered it’s fricking great. If Non-State Actor doesn’t get you amped up during your workout, nothing will. Also check out By Crooked Steps, Bones of Birds, Black Saturday, and A Thousand Days Before.

Not the Same Anymore - The Strokes

Okay, so this is another band I lost track of, and then suddenly there was this new album, “The New Abnormal,” which dropped at almost exactly the same time the U.S. went into shelter-in-place due to the COVID-19 pandemic. In that regard, the title of this album seems incredibly prescient. And it’s a kickass collection, definitely one of their finest. Not the Same Anymore starts off kind of mellow but builds nicely until it’s rocking plenty hard, and then it goes out like a lamb. Very cool indeed. Other good workout tracks from this album are Why Are Sundays So Depressing, The Adults are Talking, and Bad Decisions.

This is a workout megamix recommendation from my daughter Alexa. It’s amusing right off the bat with background vocals from some guy with an impossibly low voice. Then the proper singing kicks in, of course, or the song would be nothing but a gag. This is kind of an R&B style song, I think, so it’s kind of a departure from the general feel of my playlist, which never hurts. Very solid beat here without causing the kind of head-thrashing that eventually makes your neck sore.

This is a band I started listening to all the way back in 1991 when I was still in college. I rediscovered Massive Attack because my daughter wandered into their oeuvre and put a lot of their music on a playlist she made for me. Safe From Harm is a bit different from the rest of my megamix it that it’s trip hop instead of rock or rap. But don’t worry, it’s fast and rhythmic enough to keep your pedals turning.

This is one of those anthem-like exuberant songs that just go well with exercise. Heck, if I were one of those people who can dance, I would surely dance to this. It’s probably not one for your everyday mix because it’s a bit repetitive and simple, but gosh, it’s great for working out. Another good Killers song is Mr. Brightside.

Soul of a Man - Beck

I cannot keep up with Beck. He has just put out so much stuff, and nobody ever tells me. It’s like I ought to subscribe to a music magazine or something, but to my earlier point, music critics are morons, and Rolling Stone has tobacco ads (which for me is an automatic boycott). But I digress. I stumbled across Beck’s eleventh studio album, “Modern Guilt,” more than a decade after its release, and although great music often has to grow on you gradually, Soul of a Man grabbed me instantly—I was like, “Holy shit, this song is awesome!” It’s also pretty short (about 2-½ minutes) which can feel like a relief during a workout if, like me, you often rest for just a bit between tracks.

For me, this song is all about nostalgia. It brings me back to my UC Santa Barbara days. Jane’s Addiction played live on the UCSB campus as part of Extravaganza1989 and I’ll never forget it. Not the concert itself, mind you, since I didn’t attend, but the fact of it. A friend said the show sucked because the band members were totally drunk. But this song—that is, the recording they made when sober—is a great fit for indoor workouts. “Stop—now go!”

This is a fun, funny song with a nice bouncy beat that’s great to ride along to. I absolutely love thrift shopping, and because my daughter turned me on to this song, it always reminds me of thrifting with her, and/or with her sister, and since I’m now an empty nester this song only gets more poignant over time. “This is fucking awesome.”

Look, let me make one thing clear: I’m not a giant fan of comic book movies (though I did like the first Wonder Woman). I’m trying to be a fricking adult, okay? According to Wikipedia, “Black Caviar claimed that ‘when the opportunity to write a song for the new Spider-Man: Into the Spider-Verse film came up, [their] 10-year-old selves were freaking out.’” Yeah, ten is about the perfect age for Spider-Man. But hey, the ticking-clock background effect in this song makes a nice metronome to pedal to, and being able to enjoy lowbrow pop songs is one of the great things about working out indoors.

For your convenience, here’s the complete list of Ultimate Superfly Workout Megamix tracks (208 songs, 54 artists, about 14 hours of music). If you feel like creating a Spotify playlist out of this that you can share with me, please do … I haven’t learned how to do that yet.